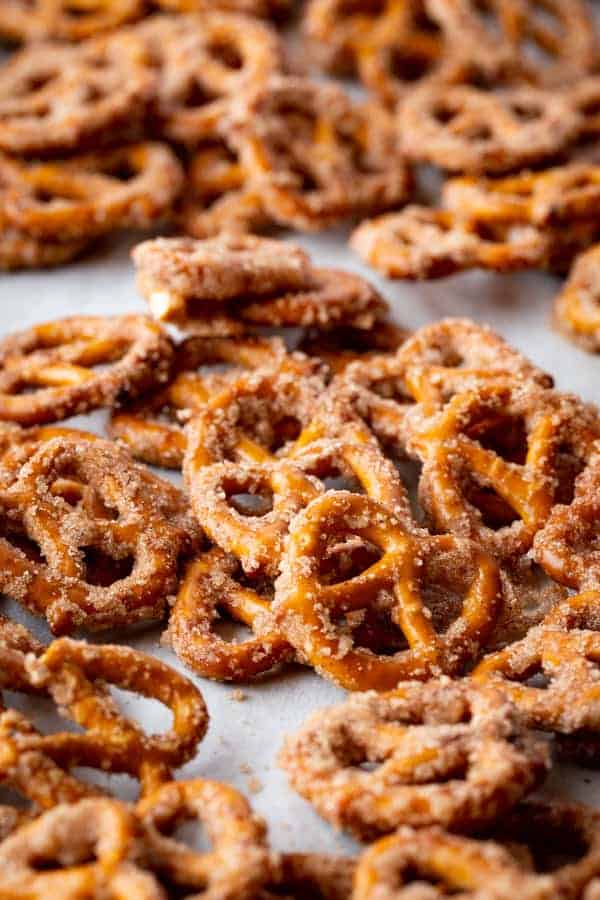 Today we’re making cinnamon sugar pretzels bites. Not the yeast-raised kind that are sold at the mall, although those are a delight. These are sugar-cinnamon coated pretzel twists. It’s one of those recipes that’s greater than the sum of its parts.

These pretzels are crunchy. They’re sweet and salty. And, friend, they’re impossible to stop eating. 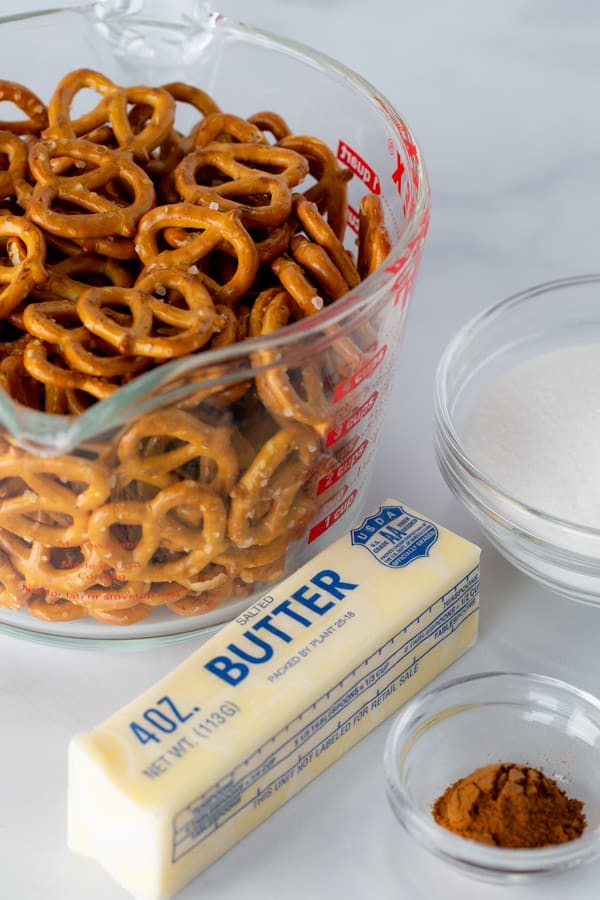 How to Make Them 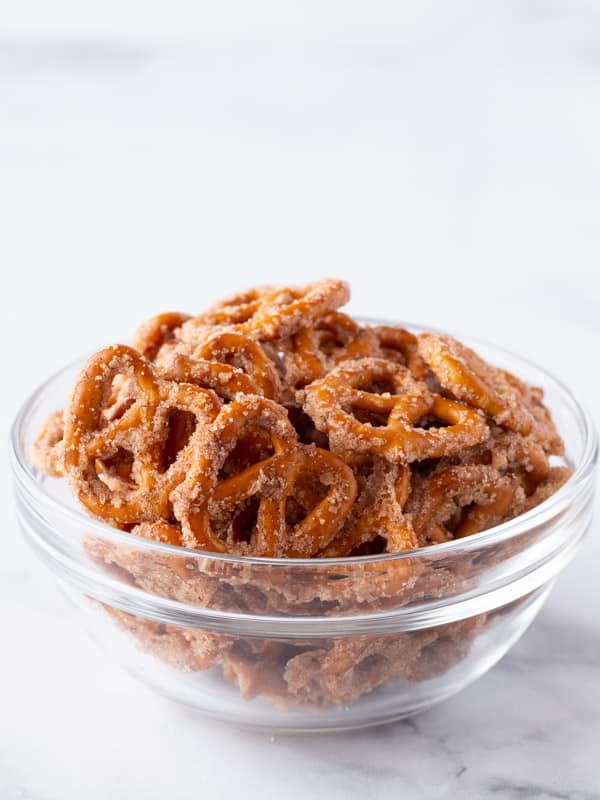 Why are these so good?

I think it’s the combo of sweet and salty. It’s only four simple ingredients but, my goodness, these are amazing.

Can I use vegetable oil in the recipe?

Some versions of this recipe use vegetable oil. When I tested it with oil, I found the cinnamon-sugar mixture didn’t stick as well and the pretzels burned easily in the oven. I recommend butter or a dairy-free butter replacement for this recipe. 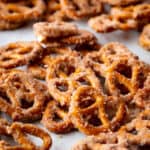 Easy to make cinnamon sugar pretzel bites. These are sweet and salty and hard to stop eating!