Today we’re making a 30-minute pasta dish that I think will become one of your go-to dinners. But first, I have to tell you something: It contains tuna. Are you still with me? Good! (And, no, it’s nothing like tuna noodle casserole. It’s more like salade niçoise — sort of.) 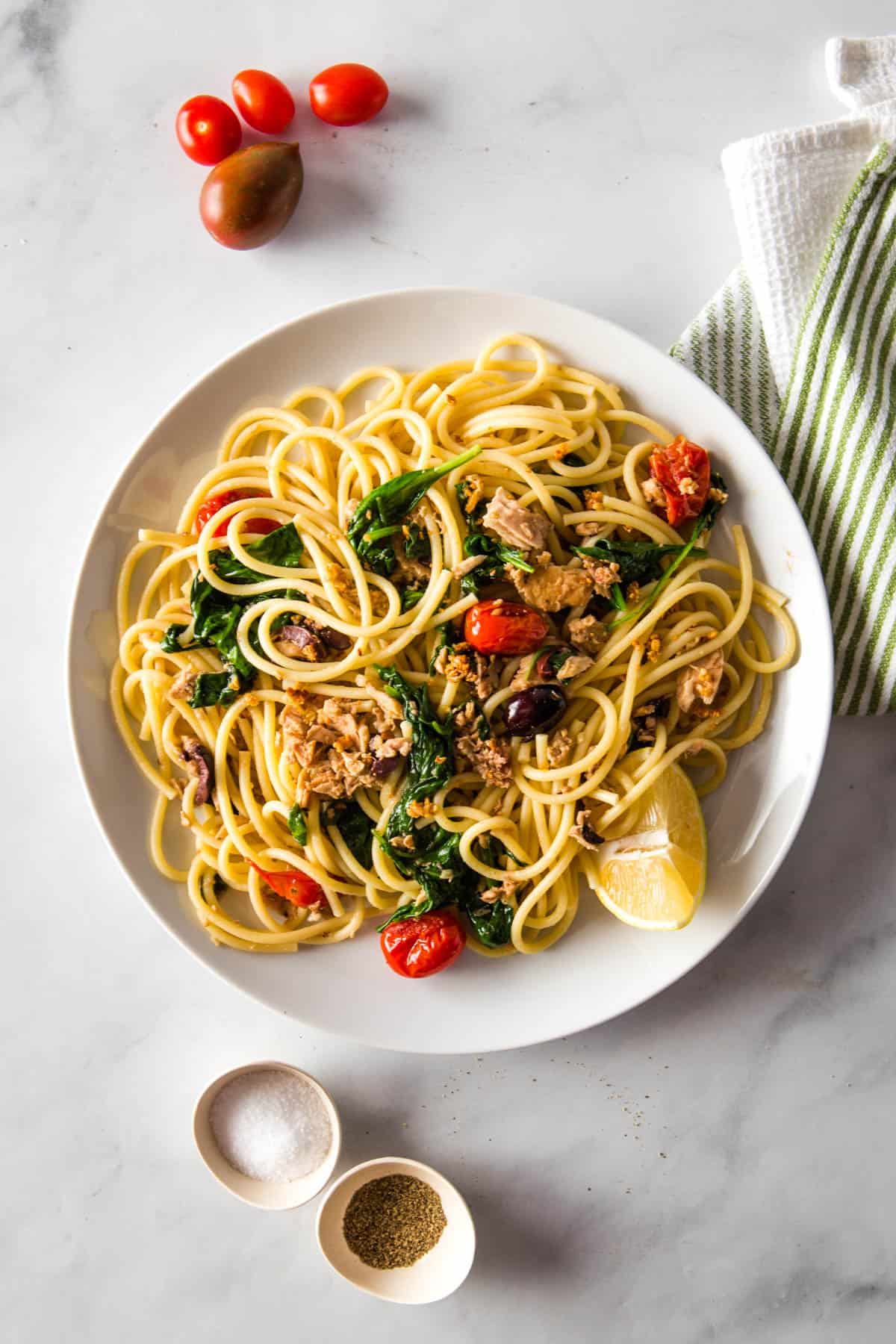 How to Make Easy Pasta with Tuna, Tomatoes, and Spinach 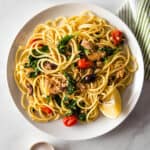 Pasta with Tuna, Tomatoes, and Spinach