Using a blender is the best way to puree hot soup. However, caution needs to be taken to prevent hot soup from spraying out of the blender. 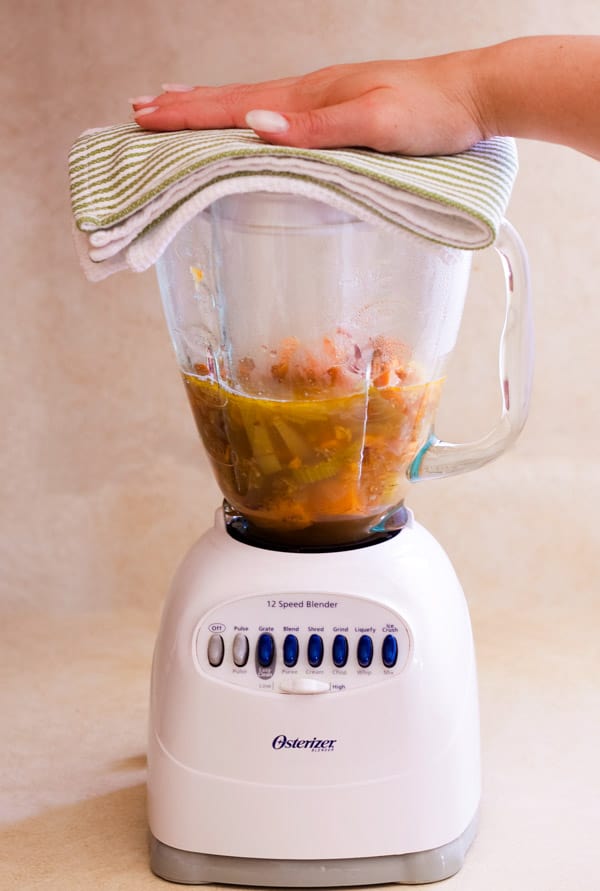 “Learn from the mistakes of others. You can’t live long enough to make them all yourself.”

I didn’t learn that if you fill a blender with too much hot soup that the blender can explode by experiencing it myself. I learned this lesson by watching it happen.

At the time, I was a student at the Culinary Institute of America. A fellow student filled a blender nearly to the top with hot soup that needed to be pureed. The instructor noticed this about a nanosecond before the student hit the blend button. It was too late.

Hot soup flew of the blender so high that it hit the ceiling. The entire kitchen gasped. Thankfully, the student wasn’t seriously burned. But it’s a lesson I’ve never forgotten: never fill a blender more than halfway with hot soup.

Thankfully, this is easy to prevent.

How to Safely Puree Hot Soup in Blender

Fill your blender halfway with hot soup. Remove the stopper (also called the “plug”) from the lid. Cover the lid with a towel. Doing this allows the steam to escape from the blender. You might get some soup stains on your towel but it’s better than getting burned. 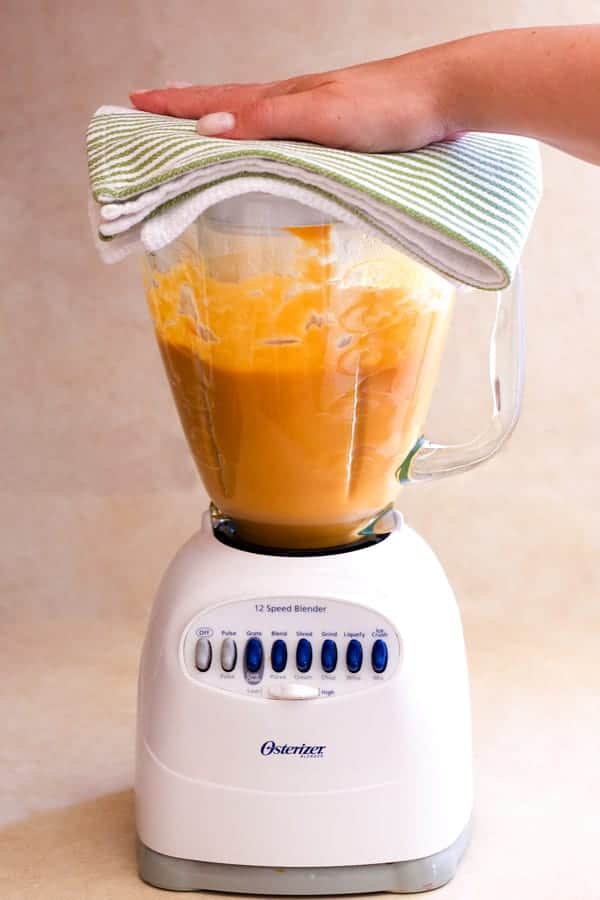 Run the blender until the soup is smooth. The time for this varies depending on the blender. 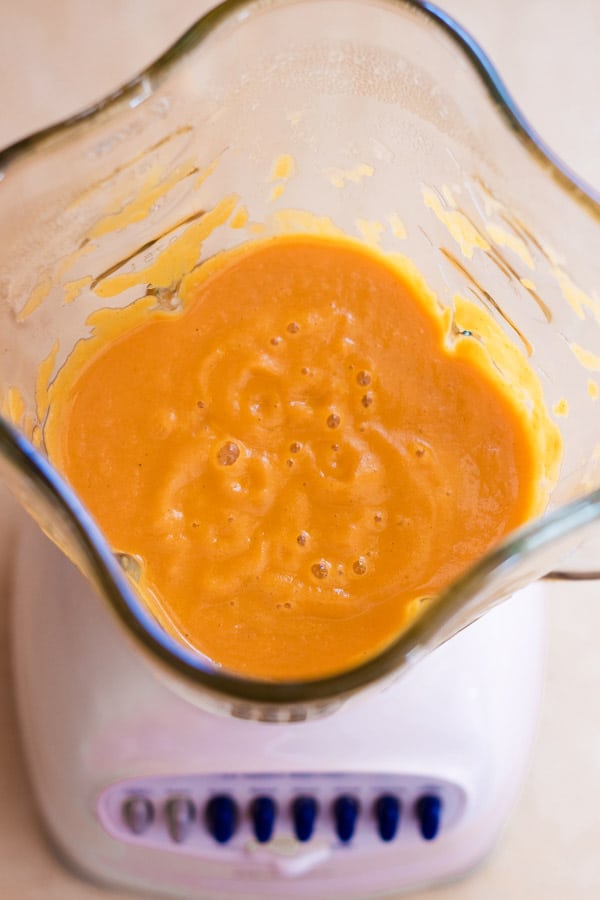 Done! Pour the soup into a bowl. Repeat with remaining soup. Once all the soup is pureed, return the soup to the pot to reheat.