I never wanted to use an Air Fryer. And now? I’m in love. 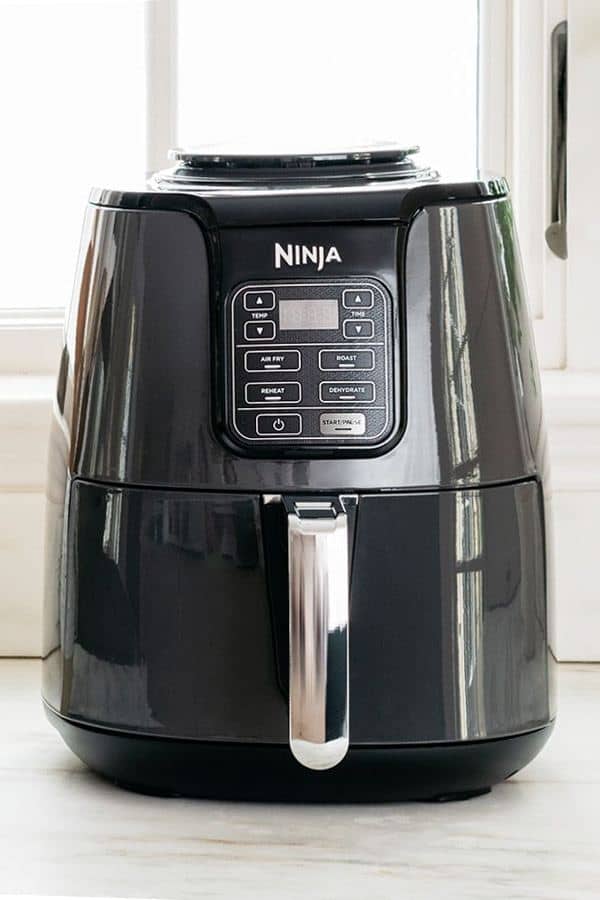 “I can’t believe this $%^& thing works.”That’s the actual text I sent a friend after using my Air Fryer for the first time. (Well, that’s a lie. The actual text used the eff word because I don’t text the way a comic strip character talks. But you get the point.)

To say I was shocked is an understatement.

Prior to using an Air Fryer, I was dead set against them. Isn’t it amazing how easy it is to be against something you’ve never experienced? Ah, being human. It’s hard and often humbling.

I knew people loved Air Fryers but I have an oven—with a convection feature. To me, that meant I didn’t need an Air Fryer. I believed, enthusiastically, that my oven could do the same job. And do it better!

Plus, the term “Air Fryer” annoyed me. The thing doesn’t fry. It’s a tabletop convection oven, not a fryer. I mean, c’mon people. It seemed like another useless kitchen gadget that would eat up counter space and head to Goodwill or, worse, the landfill, in three months.

I mean, I’m right about the technical specifics of Air Fryers. They are a tabletop convection oven. But I was wrong about everything else.

(If you’re wondering why I bought I an Air Fryer, since I was totally against them, the simple answer is… Amazon had a sale.

The more honest answer is that a lot of readers had asked me about Air Fryers. My response was something along the lines of, “Yeah. I don’t know anything about those.” While thinking something like, “Air fryers sound dumb. Don’t waste your money.”

When I read that four million Air Fryers had been sold, it got my attention. That meant that four million people needed recipes for their Air Fryer. Creating recipes is something I’m good at. So I wanted to try one. If it turned out to be truly dreadful, I could at least say that I’d tried one and had a bad experience.

So that’s how a Ninja Air Fryer ended up sitting on my kitchen counter. )

The first time I used it, I made…Air Fried baby carrots. I know. Boring. Shush.

I never buy baby carrots but I’d needed them for a work project. They were basically prop carrots. And they were just sitting there.

As directed, I preheated the Air Fryer for three minutes. I tossed 8 ounces of carrots with one teaspoon of oil and started cooking.

Five minutes later, I opened the Air Fryer to give them a shake. I begrudgingly had to admit that the carrots looked good. In only five minutes, they seemed to be roasting nicely. Back in they went for another six minutes.

I opened the Air Fryer and almost shouted.

This is what greeted me. 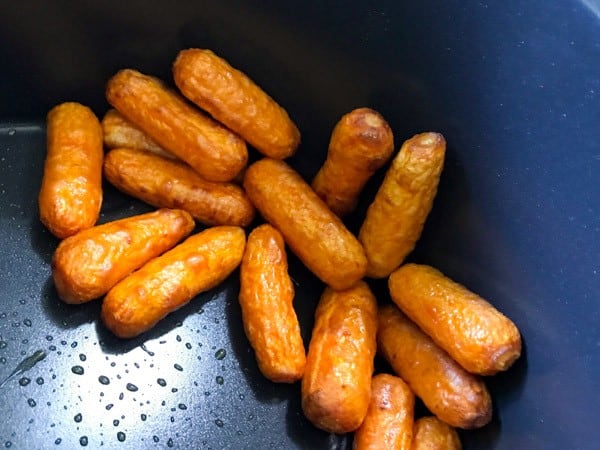 Can you believe that?? In 11 minutes with only one teaspoon of oil, the carrots had cooked perfectly. I know I sound like an infomercial. I don’t care. This thing roasted carrots in 11 minutes without heating up my kitchen. 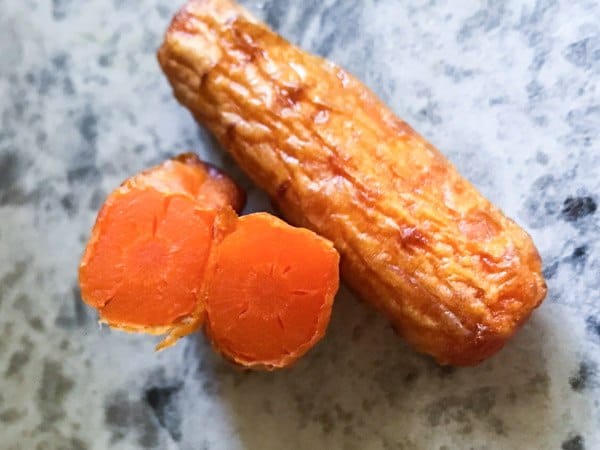 Could I have done this in the oven? Yup. But to do that I would have had to preheat the oven and then roast. And, I can tell you from experience, roasting carrots, even baby carrots, takes way longer than 12 minutes in the oven. From start to finish, I bet it would have taken about 30-ish minutes.

I was now a woman on a mission. I wanted to Air Fry ALL THE THINGS.

The next day, friends were coming over for lunch. I was serving antipasto platters. On one of the platters, I planned to include some roasted veggies. Could I use my Air Fryer for this?

Turns out, I could! 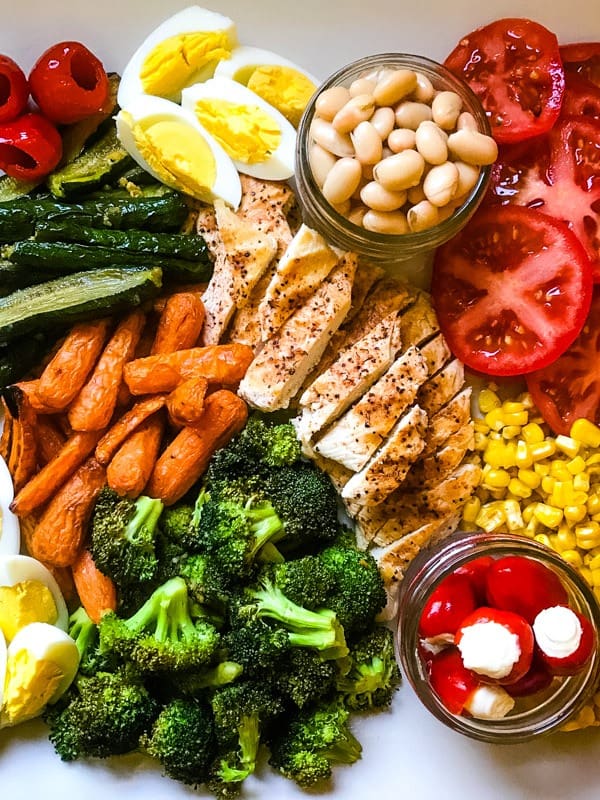 I Air Fried broccoli (6 minutes), baby zucchini from Trader Joe’s (3 minutes) and, because I still had some in the fridge, some baby carrots (11 minutes.)
I did all of this quickly and without heating up the kitchen, which makes a huge difference in June.

I put the fries in the Air Fryer and, friend, THEY WERE THE BEST FROZEN FRENCH FRIES EVER. Am I yelling? You’re darn-tootin’ I’m yelling. Because roasted broccoli is good but crispy French fries? Those are worth shouting about.

Around here you’ll see recipes for an Air Fryer because this total skeptic has become a convert. And you know what happens with converts…they want to spread the message far and wide. Thankfully my message comes with French fries and no judgment. So it’s a delicious one.