Instant Pot Mac and Cheese only requires four ingredients: pasta, butter, evaporated milk, and Cheddar cheese–lots of it. In only minutes, you get a creamy, perfect mac and cheese.

Who needs another recipe for mac and cheese? Me, that’s who. My first attempt at Instant Pot Mac and Cheese is delicious. It’s also a little…putzy. The recipe uses an egg, mustard, and hot sauce along with a good addition of cheese. It makes a delicious, and decidedly grown-up, mac and cheese.

For this version, I wanted something simple. The type of mac and cheese that defines classic American comfort food—a creamy pasta with no sharp edges from mustard or pepper. Basically, I craved a homemade version of Stouffer’s mac and cheese.

After working on it for a bit and eating too much mac and cheese. (Read: I wore stretchy pants a lot.), I came up with a recipe that uses only four ingredients.  (I’m not counting water or salt.) That’s right, you don’t need a ton of ingredients to make a creamy, dreamy mac and cheese in your instant pot. So get your stretchy pants ready, this recipe is a comfort food miracle. 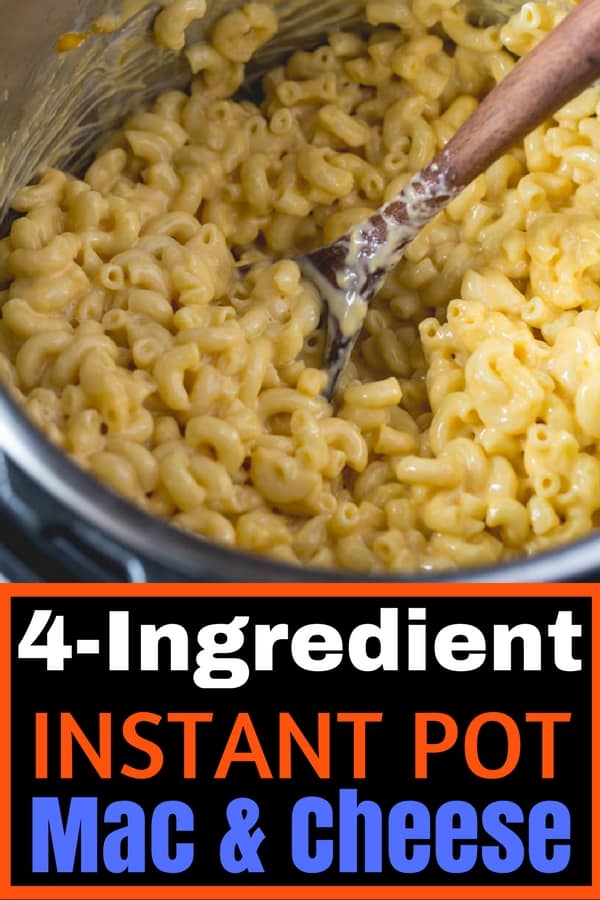 How to Make Creamy Instant Pot Mac and Cheese

That’s really all there is to it. If you’ve ever tried to make a mac and cheese by just dumping milk and cheese together with pasta, you know that you usually get a gloppy mess. Traditional mac and cheese usually starts with a roux–a combination of cooked flour and butter. Recipes that don’t use a roux tend to use cornstarch. You don’t need either with this recipe thanks in part to two things: the starch in the pasta cooking water and the evaporated milk.

Since the pasta cooks in a relatively small amount of water, there’s concentrated starch in the water remaining after the pasta cooks. This is key. Don’t drain that water. The starch it contains is what makes such a creamy mac and cheese.

In only a few minutes, with just a few ingredients, you can make a mac and cheese that’s perfect as a main course or side dish. My advice: get out the stretchy pants and make this recipe. 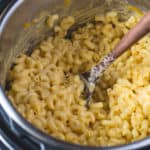 4 Ingredient Instant Pot Mac and Cheese contains elbow macaroni, butter, evaporated milk, and Cheddar cheese. It makes a creamy mac and cheese that everyone will love.

You really want to grate your own cheese for this recipe. Pre-grated cheese is coated in a starch that can make this recipe dry, clumpy, and a little grainy. Sharp Cheddar is the best; extra-sharp, which I love, tends to be a little too dry for this recipe.