Mac and Cheese from a pressure cooker? Yes! 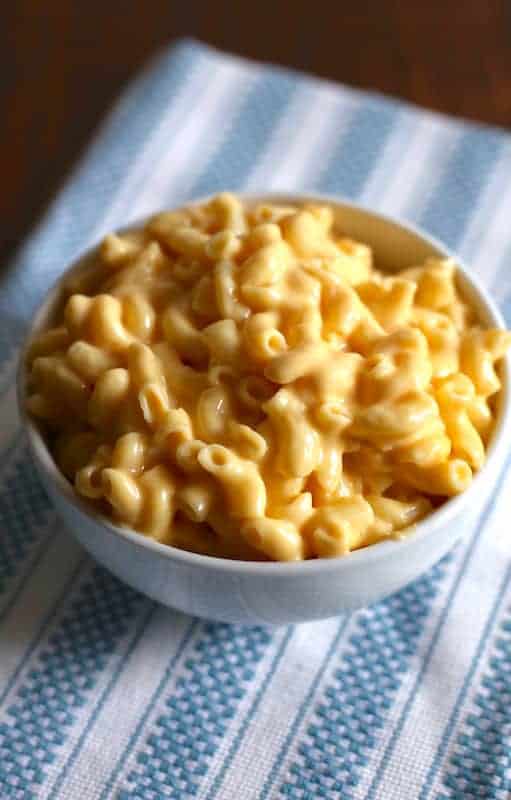 If I’m going to make homemade mac and cheese, it must be good. After all, this dish is really rich. I don’t want to waste those ingredients or calories on something so-so. As much as I love my Instant Pot, I wasn’t sure if I wanted to make mac and cheese in it. But a recipe caught my eye and I thought something like, “Eh. What the heck?”← that’s the way all good life decisions start, right?

After one taste, seriously, one taste. I was hooked. Over time, I tinkered with the recipe so that it came out they way I like mac and cheese: really creamy and flavorful.

This recipe, unlike traditional stovetop mac and cheese, doesn’t require a separate cheese sauce. You simply cook the pasta under pressure, add the milk, an egg (the egg is optional but suggested), and cheese. A little mustard and hot pepper sauce are added for flavor and you’re done.

Mac and Cheese in minutes. Woo-HOO! 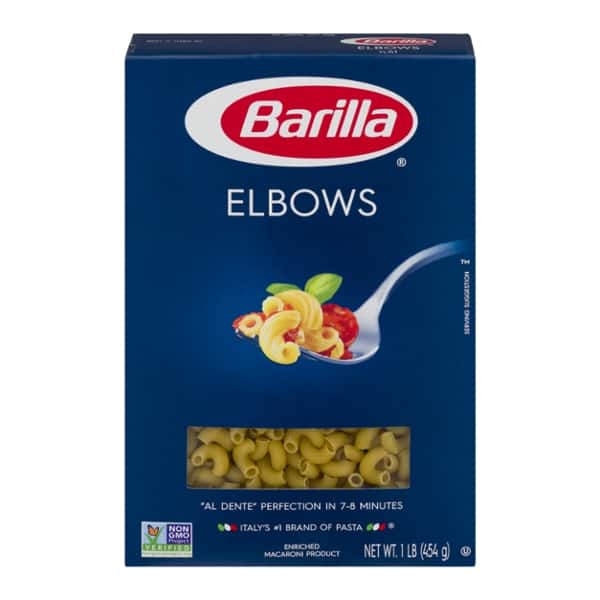 Some people make their mac and cheese with shells. Others make it with penne. Some reach for ziti. I’m firmly in the elbow macaroni camp. Not only do I love the way this shape hugs the cheese sauce, it also cooks perfectly in a pressure cooker without coming out crunchy or, even worse, gummy.

If you follow a gluten-free diet, use Barilla elbow pasta. It cooks nicely and reheats really well without getting weird and crunchy. 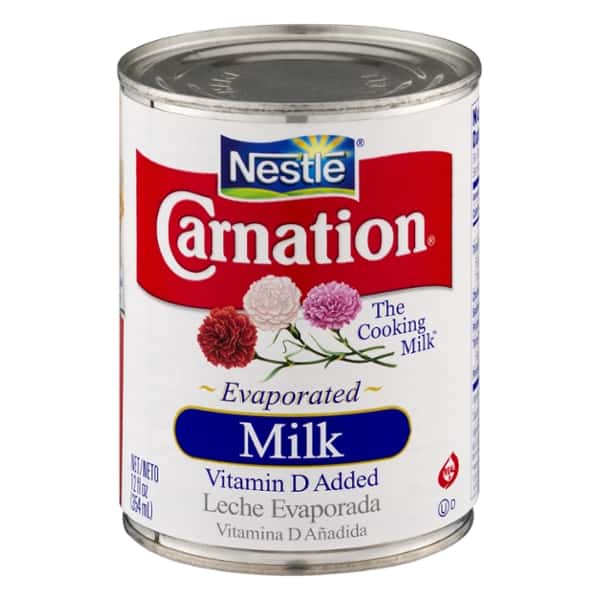 Be sure to use regular evaporated milk and not the light or low-fat version.

A bowl of macaroni and cheese must be a rich creamy affair. To achieve this texture, I’ve always used an egg. This recipe is no exception. It adds a custard-like note to the cheese sauce without making it eggy. If you’re allergic to eggs, skip it. If not, I encourage you to add the egg. It takes the recipe from excellent to heavenly. 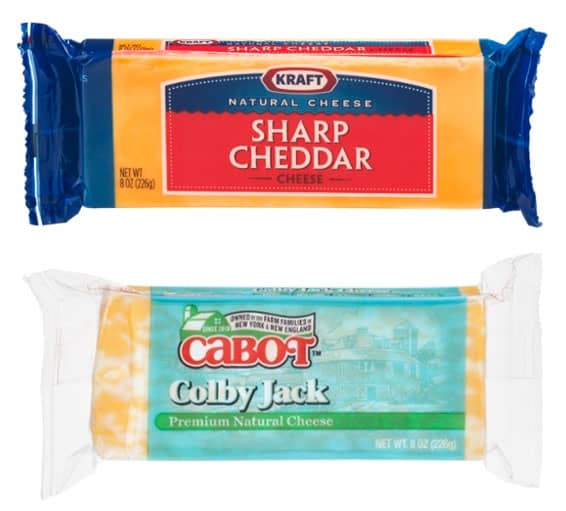 There’s always some disagreement on what type of cheese makes the best mac and cheese. I like a combination of Cheddar and Colby-Jack. The Cheddar brings the flavor and sharpness, while the Colby-Jack brings a delicate creaminess. For me, no other combination tastes as good. And this is one time to skip the extra sharp or aged Cheddar cheeses. They won’t melt as well in a quick recipe like this one.

If you have the time, I recommend grating your own cheese. Pre-shredded cheese is coated with cellulose to prevent it from clumping. This tends to dry out the cheese and, in my opinion, doesn’t make for as creamy a mac and cheese.

Pressure Cooker Mac and Cheese: Putting it Together 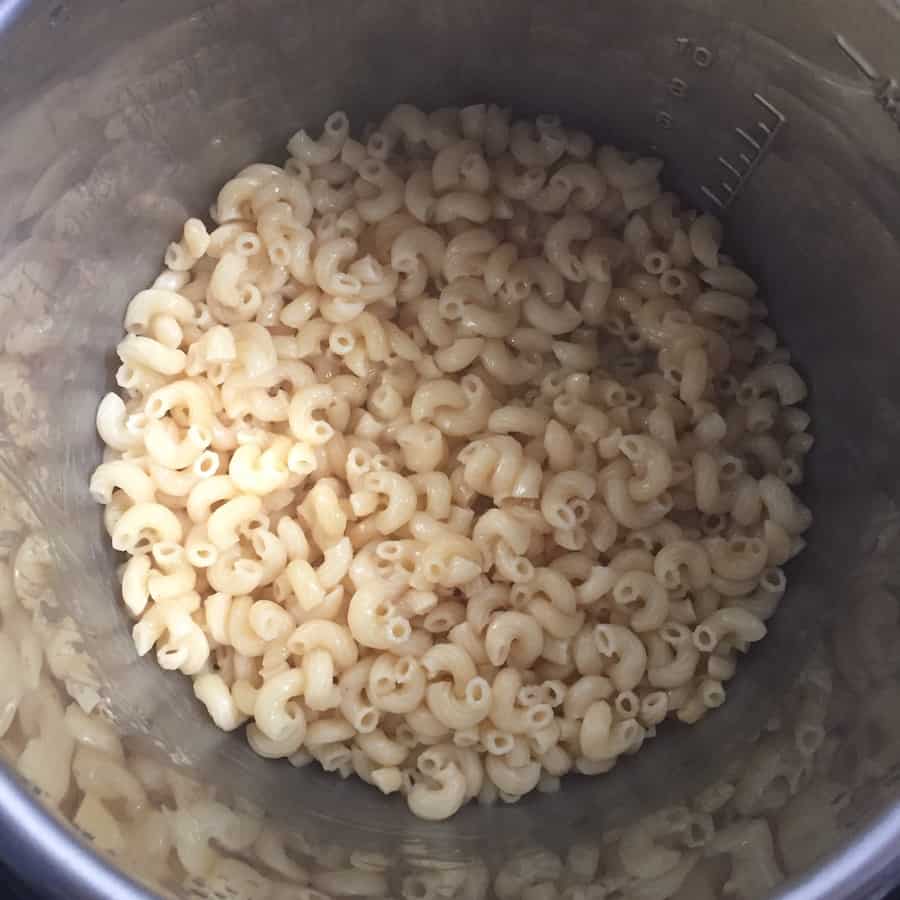 The pasta is the only ingredient that gets cooked under pressure. To cook, combine the pasta with water, salt, and butter. Yes, butter. Not only does the butter add richness to the noodles, it also prevents foam from forming as the pasta cooks.

Thanks to the speed of the pressure cooker, the pasta cooks in only four minutes under pressure. (Remember, it will take time for the machine to reach pressure. So allow for that.)

After the cooking cycle completes, the pasta needs to rest in the pressure cooker for one minute before releasing the pressure. If you use an Instant Pot like I do, the keep warm cycle kicks on and the display will read L00:01. Don’t go wandering around during this minute. If the pasta sits for longer than that, it can overcook.

Release the pressure using a quick release. Give the pasta a stir. It should look like buttered noodles. (I always try a noodle or two…for research.)

Adding the Milk and Egg 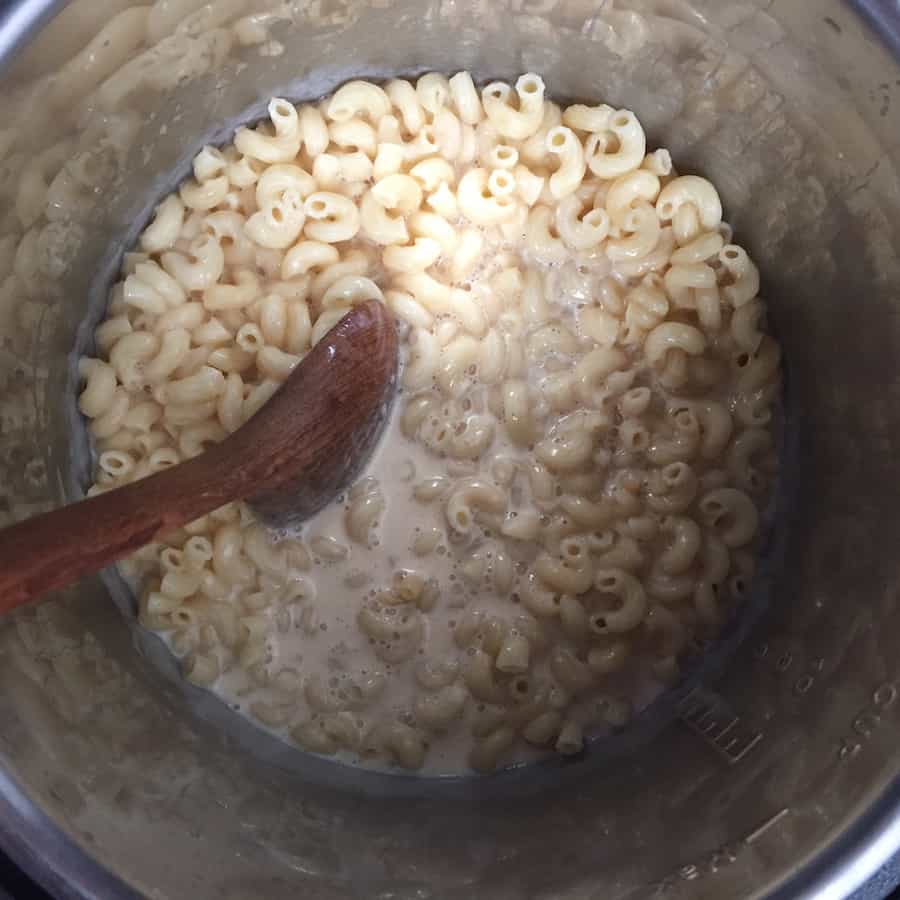 Then add the evaporated milk and egg. The mixture will look very thin at this point. That’s normal. Stir, with the keep warm setting on, for about two minutes. All of a sudden, the sauce thickens as the egg cooks. (A whole egg cooks at around 144 degrees F. The heat from the pasta and the keep warm setting reach that temperature easily.)

Be sure to stir during this process or the milk mixture can get curdled and clumpy. As soon as the mixture thickens, start adding the cheese. If you cook the milk too long, it can overcook and get too thick. 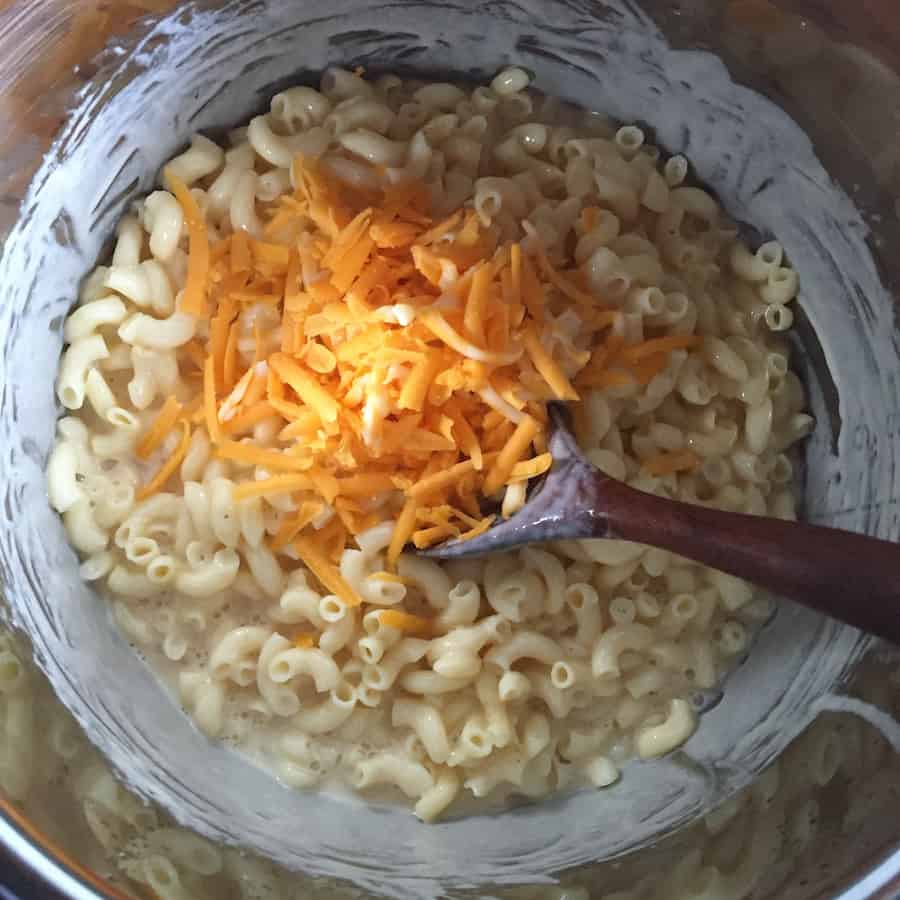 Traditional macaroni and cheese recipes usually start with a cheese sauce made with a roux (a cooked mixture of butter and flour). After cooking the roux, you add the cheese slowly to prevent it from breaking and turning oily.

This recipe doesn’t use a cheese sauce but you do want to add the cheese slowly. If you were to dump eight ounces of cheese in at one time, the temperature of the pasta would drop quickly and the cheese would only sort of melt. “Sort of” melted cheese gets clumpy. It’s easy to avoid this! Just add about 1/3 of the grated cheese at a time. Stir gently until it melts about 90% and then repeat with another 1/3. Repeat this until you’ve added all the cheese. And then? Done!

Once the macaroni and cheese looks creamy, immediately transfer it to a serving dish. The pot of the pressure cooker, even when removed from the unit, holds too much heat and can cause the cheese sauce to overcook.

Topping and Other Variations 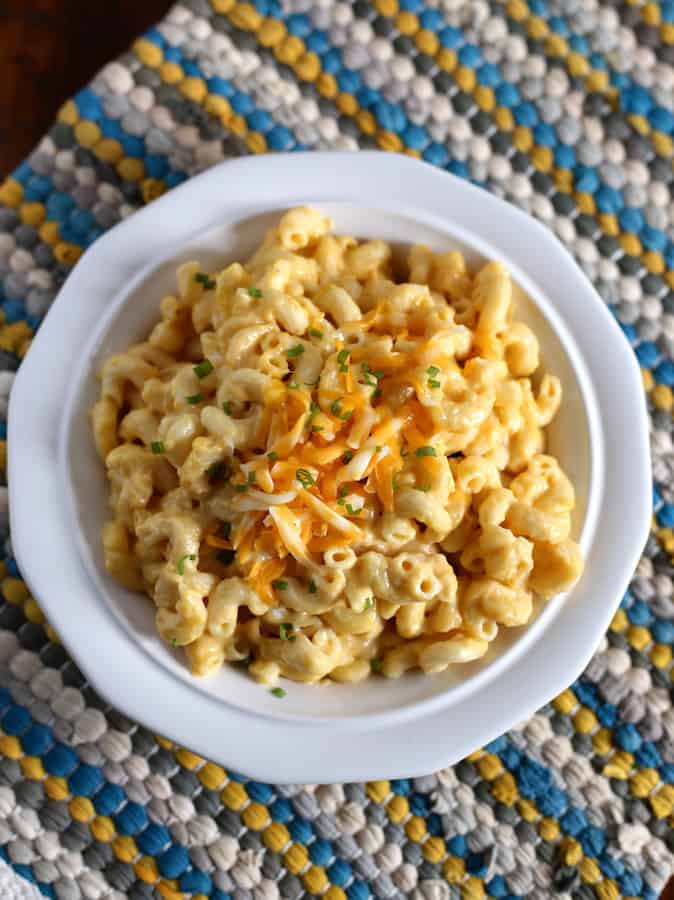 This mac and cheese tastes pretty perfect right out of the pot. That doesn’t mean you can’t dress it up. Here are some nice options:

A blend of Cheddar and Colby-Jack makes for a creamy mac and cheese.
For best results, use elbow macaroni. (Barilla brand for gluten-free)