After making loaf after loaf of my bread machine sandwich bread recipe, it was time to shake things up and bake a loaf of cinnamon raisin bread.

Wow, I wish I’d done this sooner. Simply put: it was the best cinnamon raisin bread I’d ever eaten.

When creating the recipe, I had two goals in mind: a loaf of bread that actually tasted like cinnamon and was mildly sweet. Too often, cinnamon raisin bread either doesn’t taste like cinnamon or it’s so bland that it might as well be regular bread.

The only thing that’s missing is a swirl in the center. But since it’s so easy to make (and so tasty), I don’t think you’ll miss it.

What You’ll Love About This Cinnamon Raisin Bread 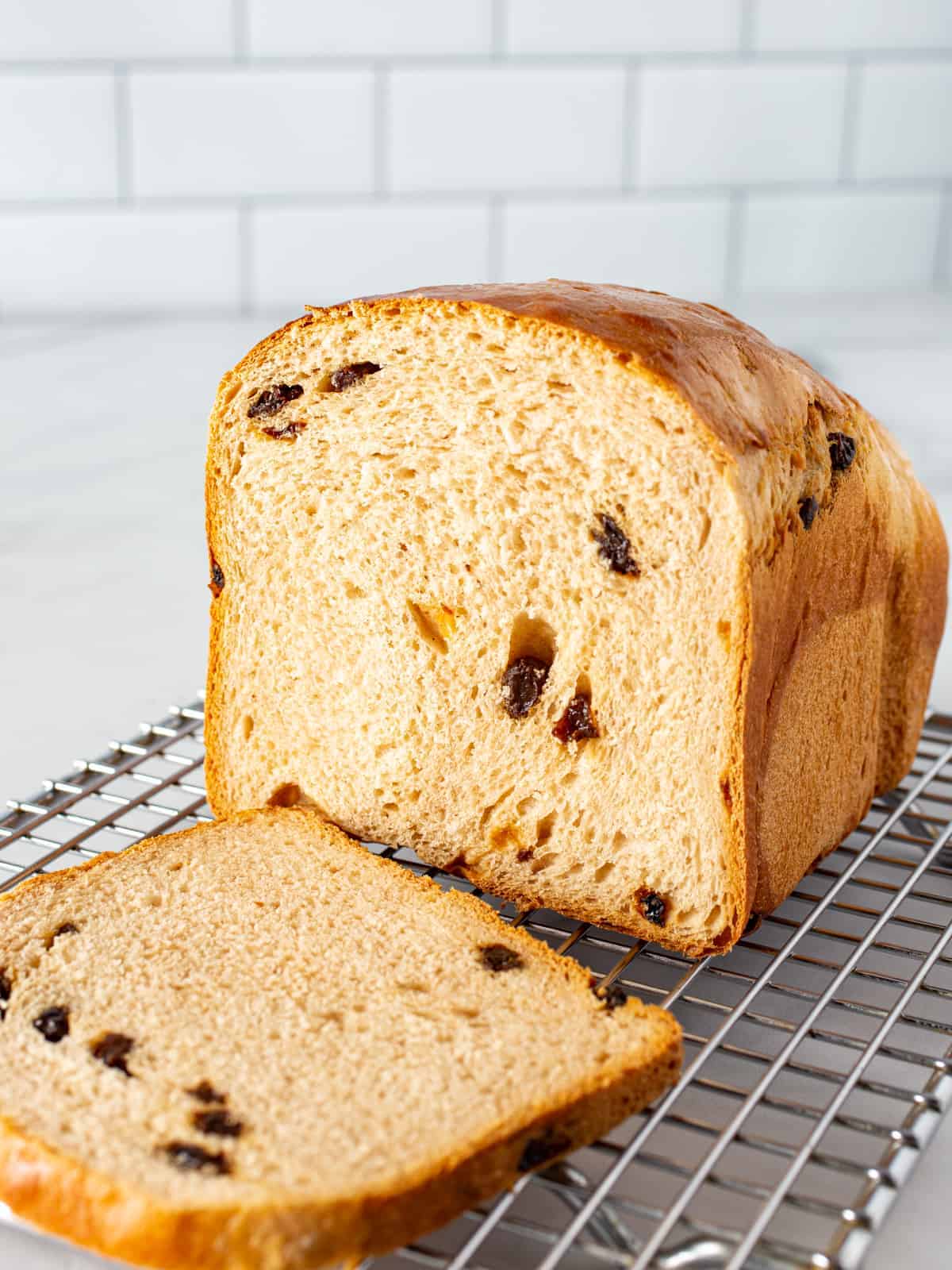 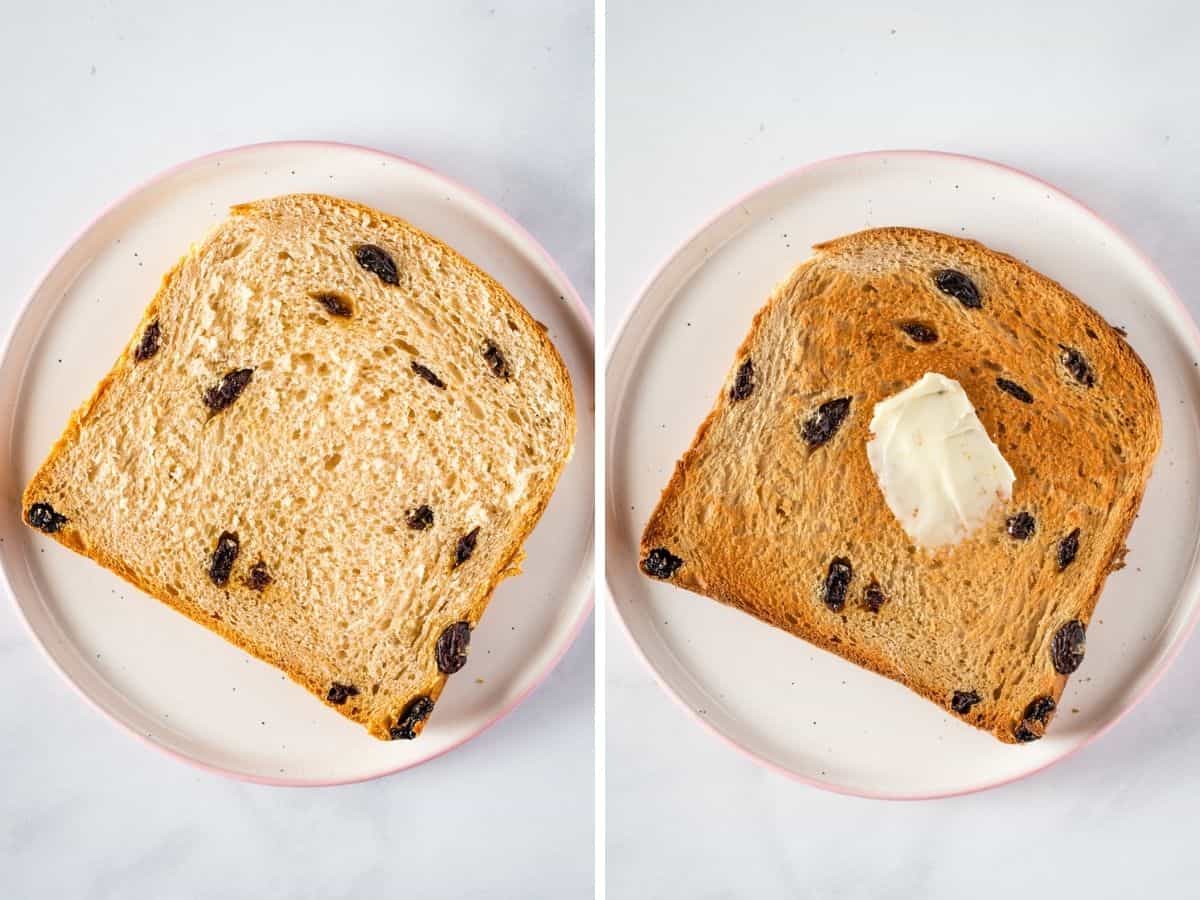 How to Make Cinnamon Raisin Bread in a Bread Machine 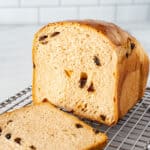 Recipe Notes
Milk and Half and Half
Use lukewarm milk and half-and-half if your bread machine does not have a preheat cycle.

Bread Flour
For the best rise and texture, use bread flour. All-purpose flour can be used, however, the bread won’t rise as high.