Wondering how to setup your new Instant Pot? Here’s all the information you need to get going! 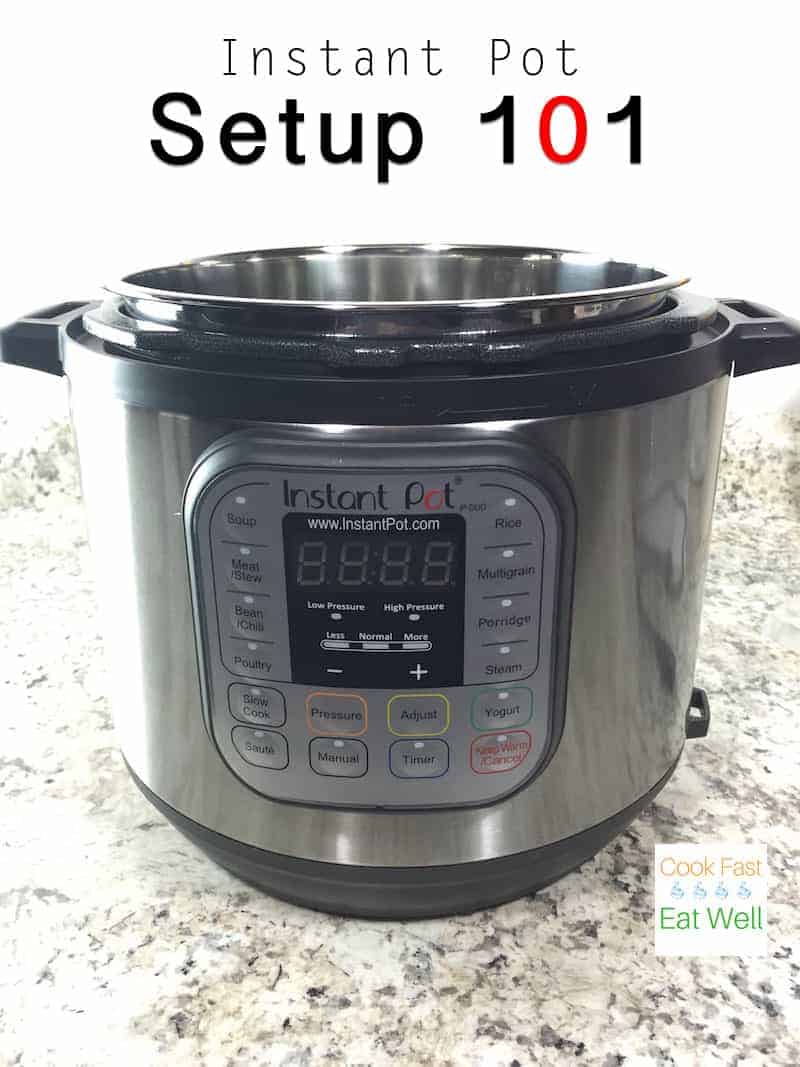 Ready to setup your new Instant Pot DUO? Here’s the step-by-step guide. We’ll look at everything from the manual (snore) to how to conduct the water test. Once you’ve finished the setup, you’ll be ready to start using your Instant Pot! 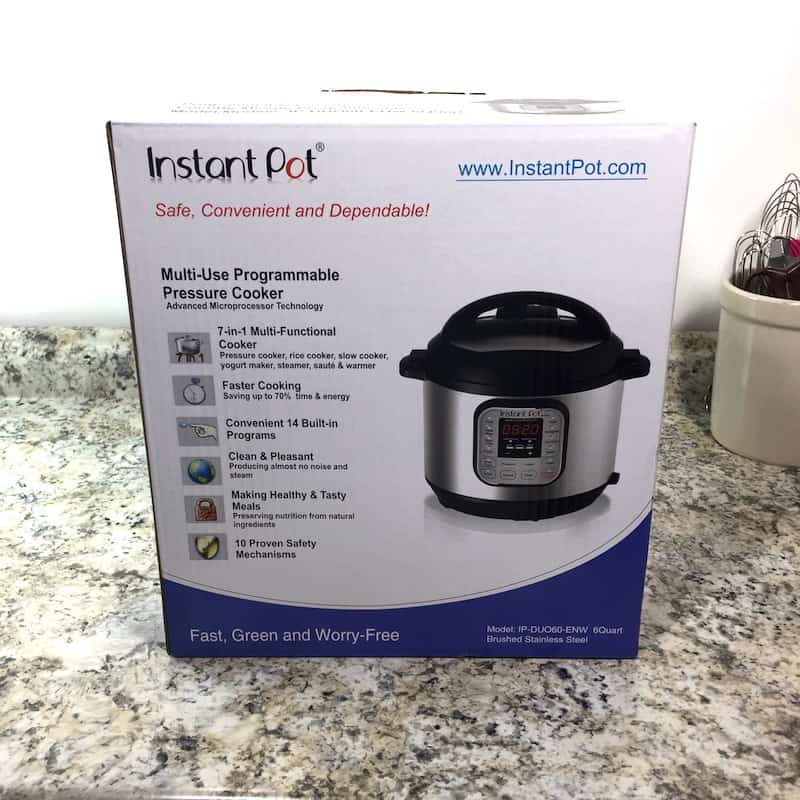 What an exciting sight. A new Instant Pot! I remember opening my first Instant Pot and thinking, “…and now what?”

To be honest, I found the setup process a little confusing.  I (wrongly) thought that the minute I closed the lid and hit the start button, the machine would be under pressure. Here’s everything I wish I knew about setting up and using an Instant Pot.

Today we’ll walk through unboxing and setting up a six quart Instant Pot DUO. The basic setup up for the DUO and the Bluetooth Instant Pot is the same. The Instant Pot LUX has a slightly different lid and steam release valve than what you’ll see pictured here. 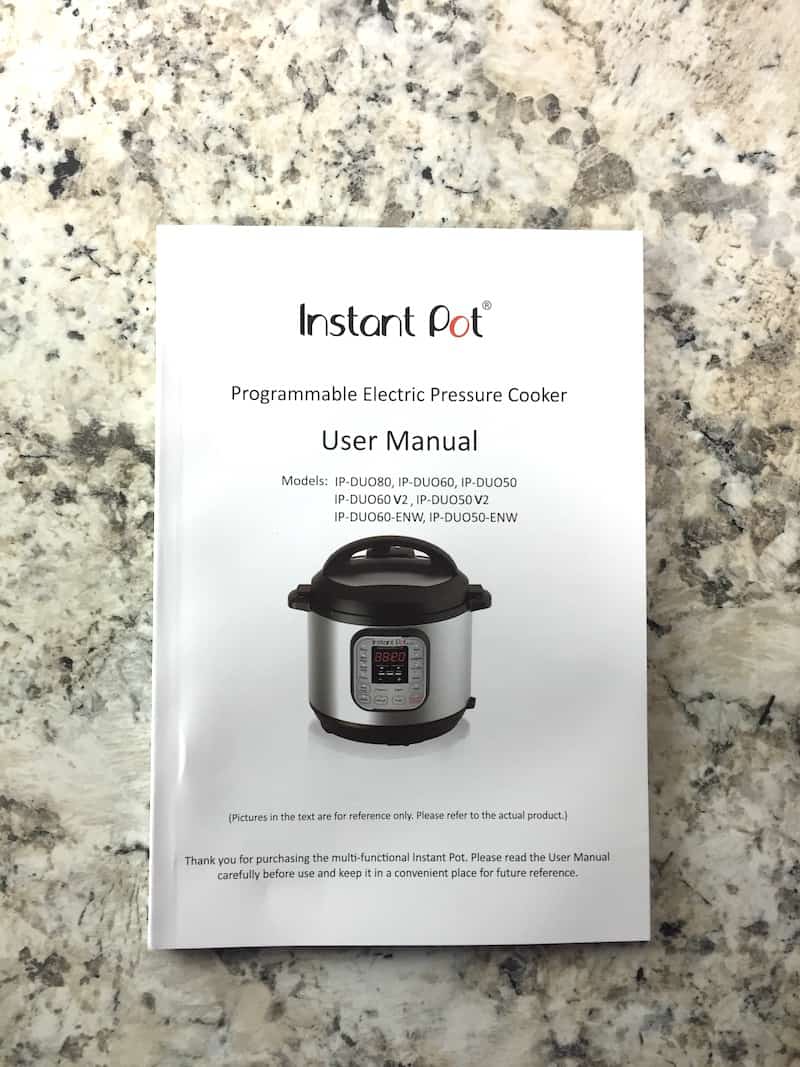 Ah, the manual. Here’s what usually happens with manuals in my house:

Does that sound familiar? Yes? That’s why we’re friends!

AnyWAY, I know it sounds boring but I urge you to read the Instant Pot manual. Modern pressure cookers are safe. However, they aren’t slow cookers. It’s important to understand the basic ins and outs of a pressure cooker before you use it.

Oh, and if you misplace it, you can find the Instant Pot manual online. (Thank goodness.) 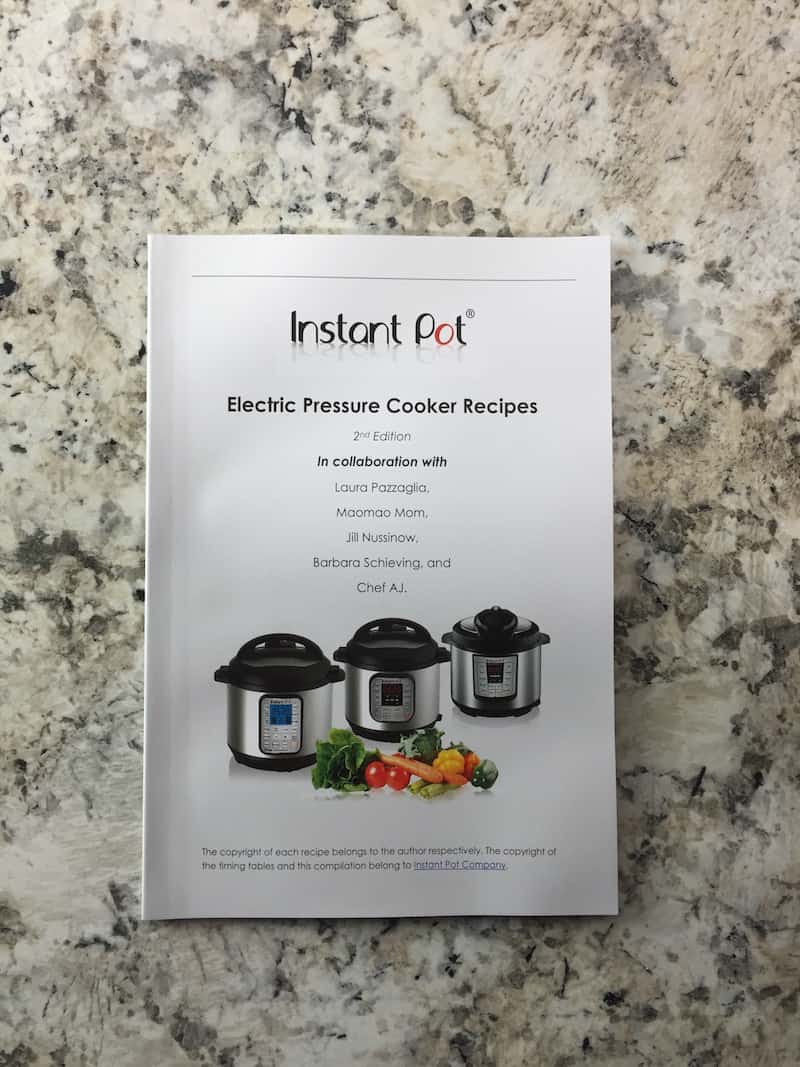 Oh! Recipes! I love recipes. <—understatement. But…I must confess. I’ve never used this recipe booklet. The recipes didn’t really appeal to me and the directions were confusing. 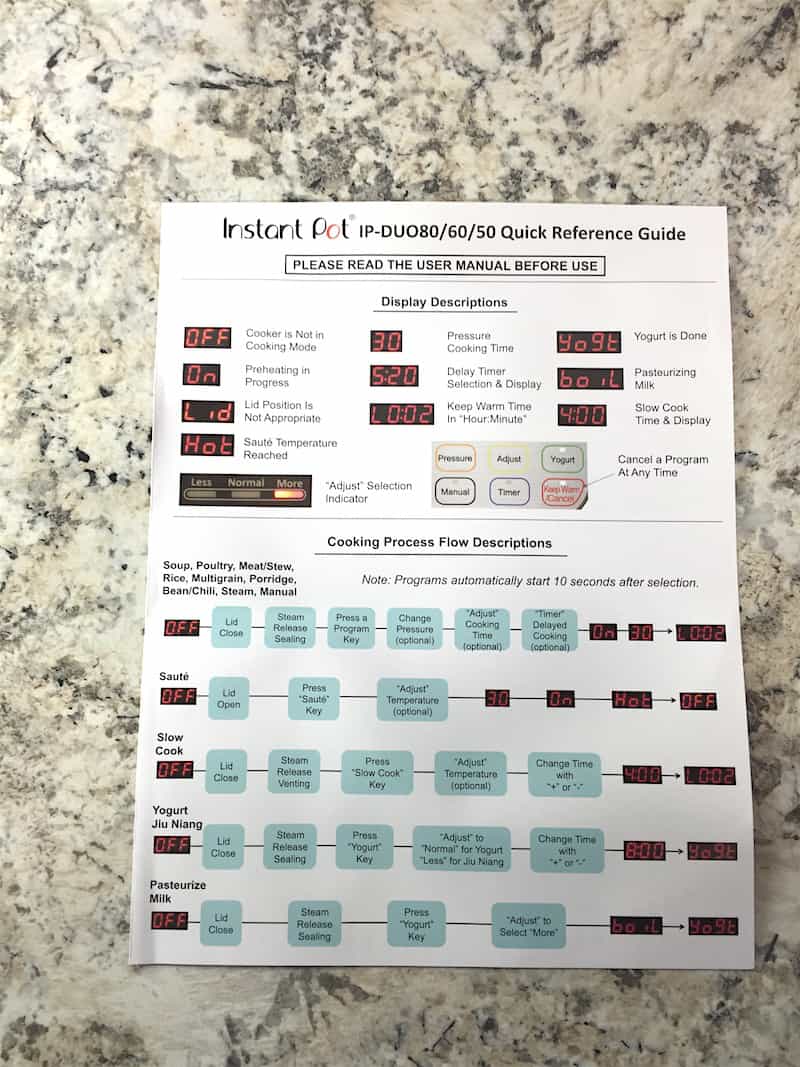 I wish this quick reference guide was handier than it is. As written, it shows the steps for using each function. However, it doesn’t explain cook time or the how to release pressure. I’m very “meh” on this guide. It could be so handy! 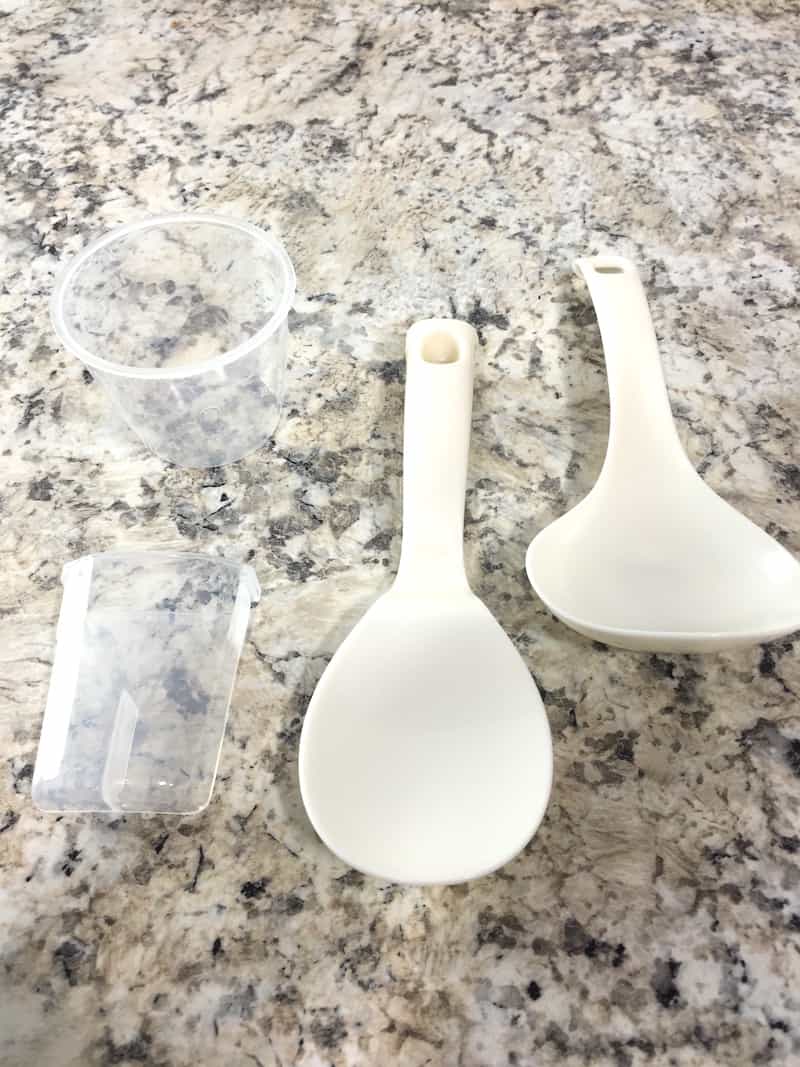 Question: do you use the free tools that come with appliances? I don’t think I’ve ever used them! And not just for the Instant Pot. Maybe I’m just weird.

Let’s take a look at these: (clockwise from left) measuring cup, soup spoon, rice paddle, and a condensation collector.

Measuring Cup. If you don’t own a glass measuring cup for liquids, I urge you to get one. This measuring cup is flimsy and, without handle, hard to handle.

Soup Spoon. The handle on this soup spoon is so short that you risk dipping your knuckles into hot food when you use it. Use a regular ladle instead of this spoon.

Rice Paddle. Suffers from the same problem as the soup spoon. The handle feels too short for the pot. A rice paddle this size would fit nicely in a traditional rice cooker. The insert of the Instant Pot is too deep to use this easily.

Condensation Collector. This little cup hooks on to the side of the Instant Pot. It’s supposed to keep condensation from hitting your counter during cooking and cooling. Don’t toss this! I’ll show you how to put it on the Instant Pot below. 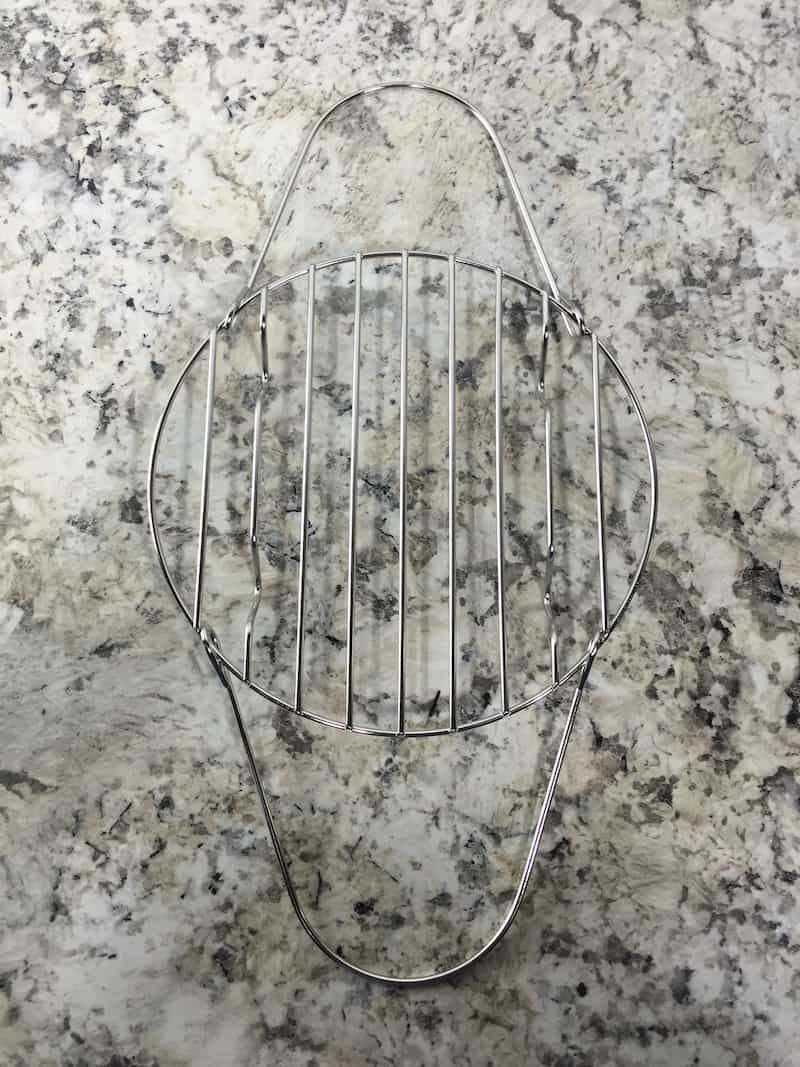 Now here’s a handy accessory! The steam rack. Use this to hold vegetables, pans (for when you make things like meatloaf or cheesecake), or anything else that you don’t want sitting in cooking liquid.

If your model didn’t come with a steam rack, consider getting one. They’re really handy. You might also want to pick up a steaming basket. Small vegetables and other foods tend to fall through the steam rack. To solve this problem, I put the steam rack in the Instant Pot and then I put a steamer basket on top of it. 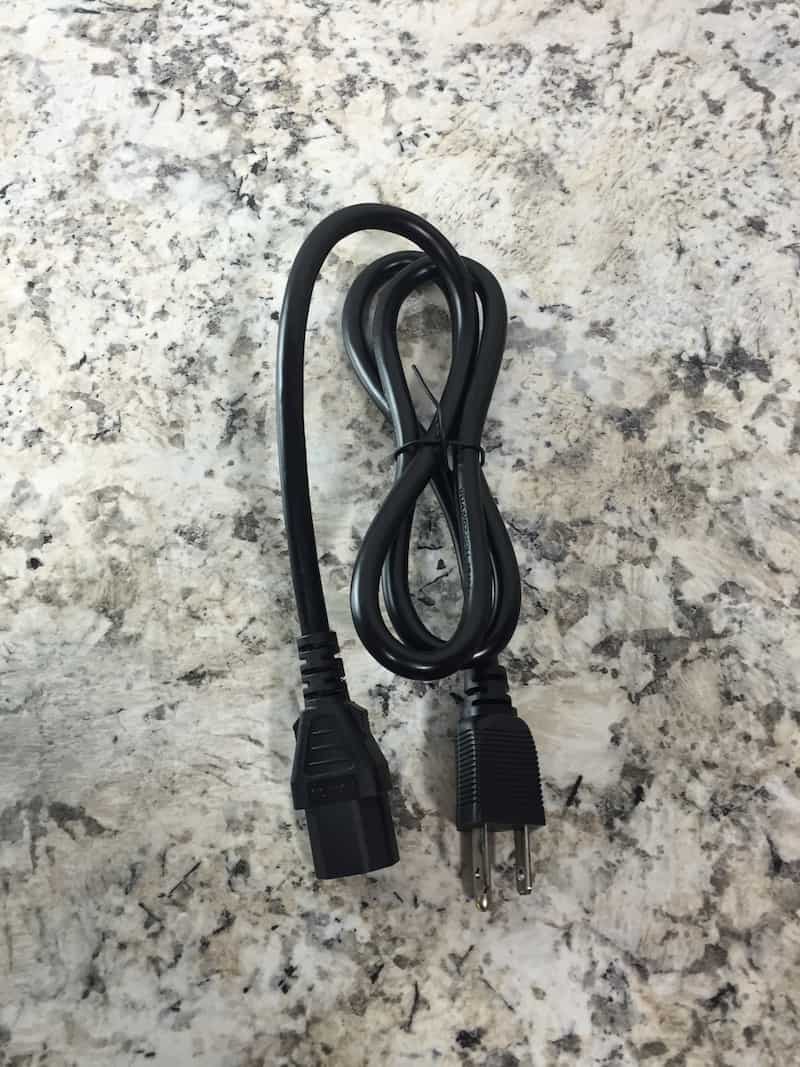 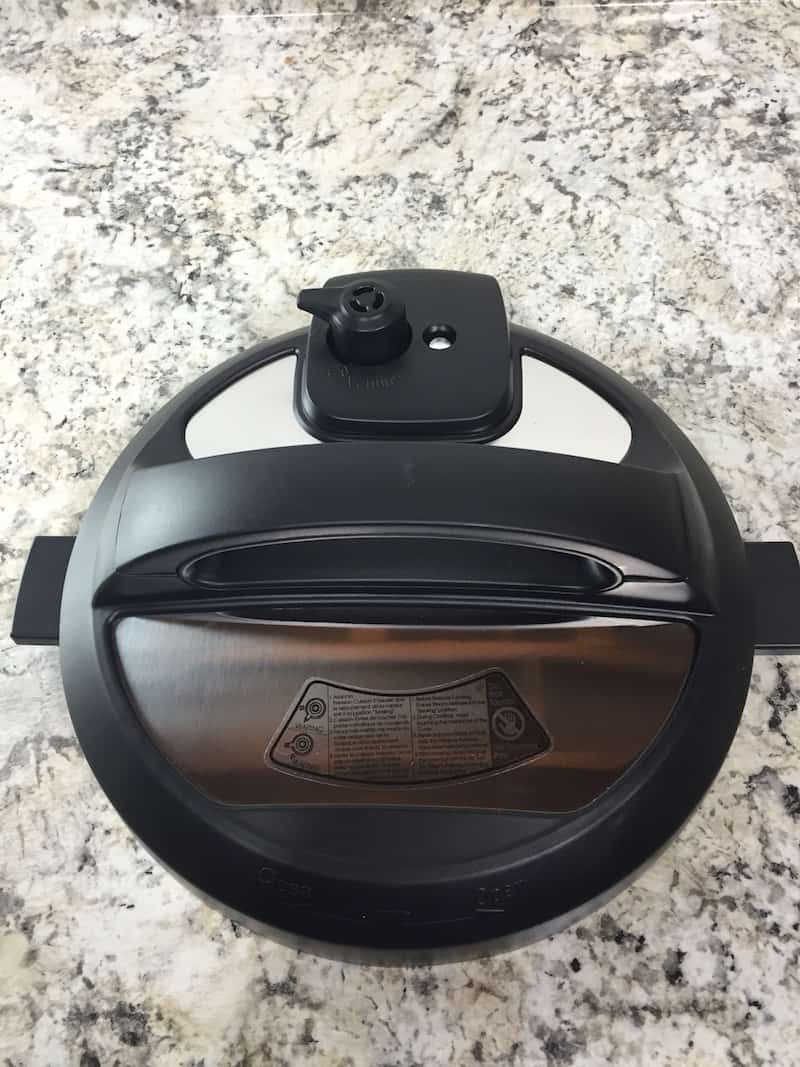 The lid of a pressure cooker is an integral part of the machine. Without this lid, you can’t cook foods under pressure. 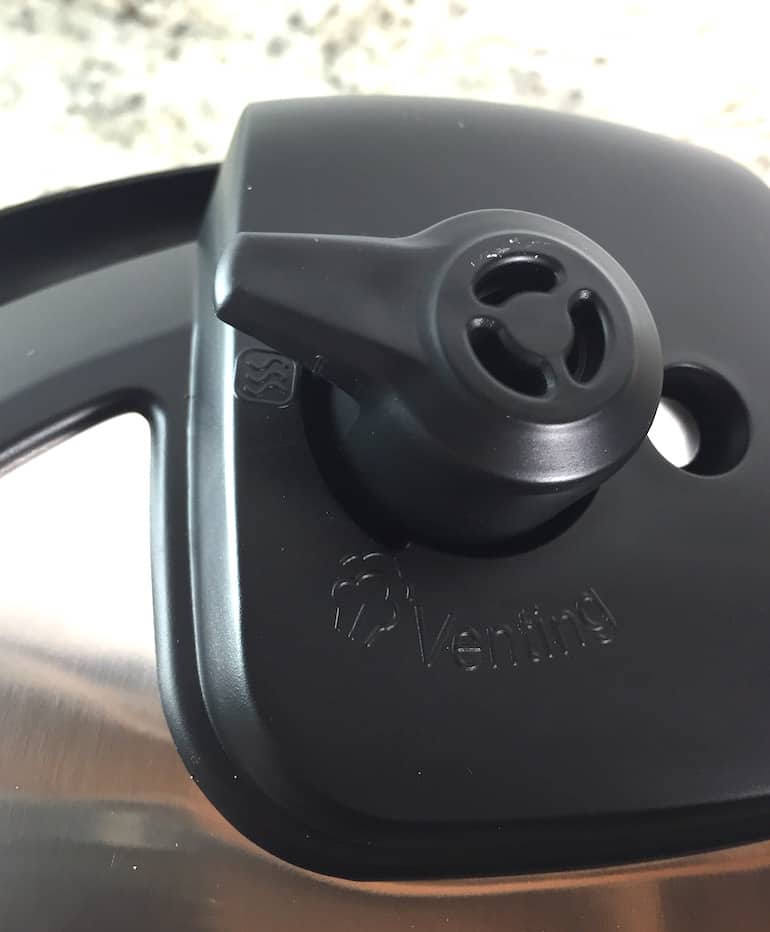 This is the steam release valve. It has two settings: sealing and venting.

Sealing: When cooking food under pressure, close the lid and line up valve with the “wavy” lines. This position seals the pot. It allows pressure to build as the food inside heats and produces steam. The valve won’t lock into place when set to sealing. For safety reasons, it will always wiggle a little.

Venting: Once the pressure cooker completes its cooking cycle, you must vent it. This will either happen immediately after the cooking cycle completes (a quick release) or after the pressure releases slowly over time, about ten minutes. (a natural release.) You MUST vent the pot before opening.

To do that, turn the steam release valve toward venting (icon that looks like a Chef’s hat or puff of steam). NEVER place your hand over the steam release valve. Use the small handle to turn the valve and keep your hand off to the left side. When doing a quick release, steam rushes out of the valve. For a natural release, no steam usually escapes. But it’s a good idea to vent it just in case there’s any pressure remaining. 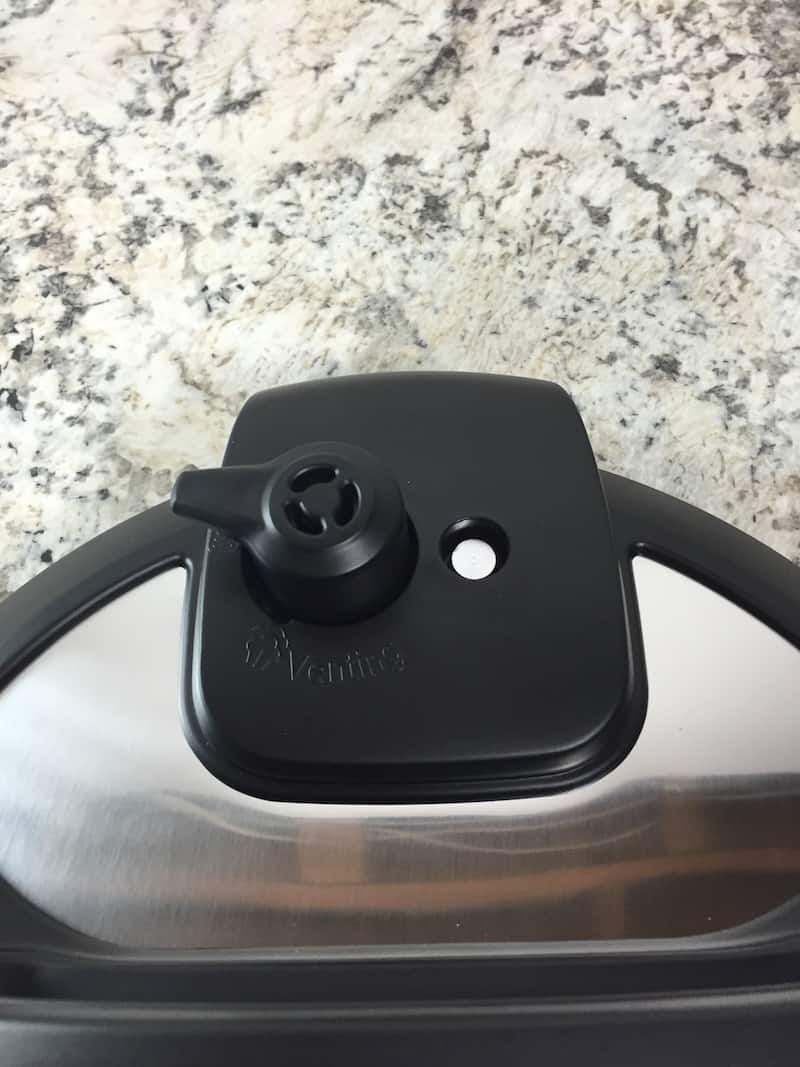 In the photo above, the float valve isn’t in the lock position. It’s sitting down below the edge of the lid.

You want to get to know the two different positions of the float valve. Here. I’ll show you.

When cooking, the float valve won’t  bounce up and down. The steam trapped inside the pot pushes the float valve up and seals the pot. In the video, I’m holding the lid in my hand and lifting and lowering the float valve by tapping it below the lid. 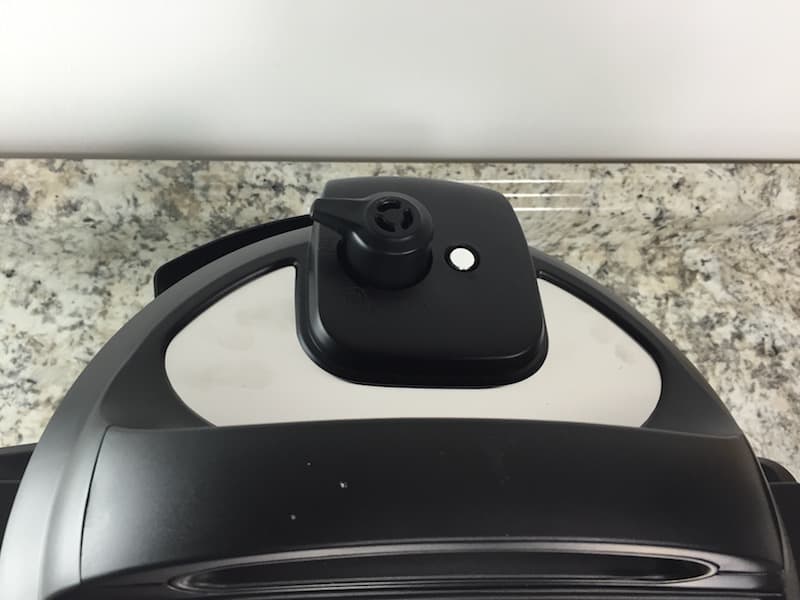 This is a locked lid. The float valve sits flush with the lid. You might be wondering how long the valve takes to lift into place. Good question! The answer is…it depends.

Once the float valve rises into position, the Instant Pot display should switch from “On” to a countdown of the cook time.

(If “On” remains in the display for longer than a few minutes, there’s a problem. If this happens, turn off the machine. Release the pressure by turning the steam release valve to “venting.” Allow the steam to release. Once the float valve drops, it’s safe to open the pot.)

Underside of Lid: The Sealing Ring and Anti-Block Shield 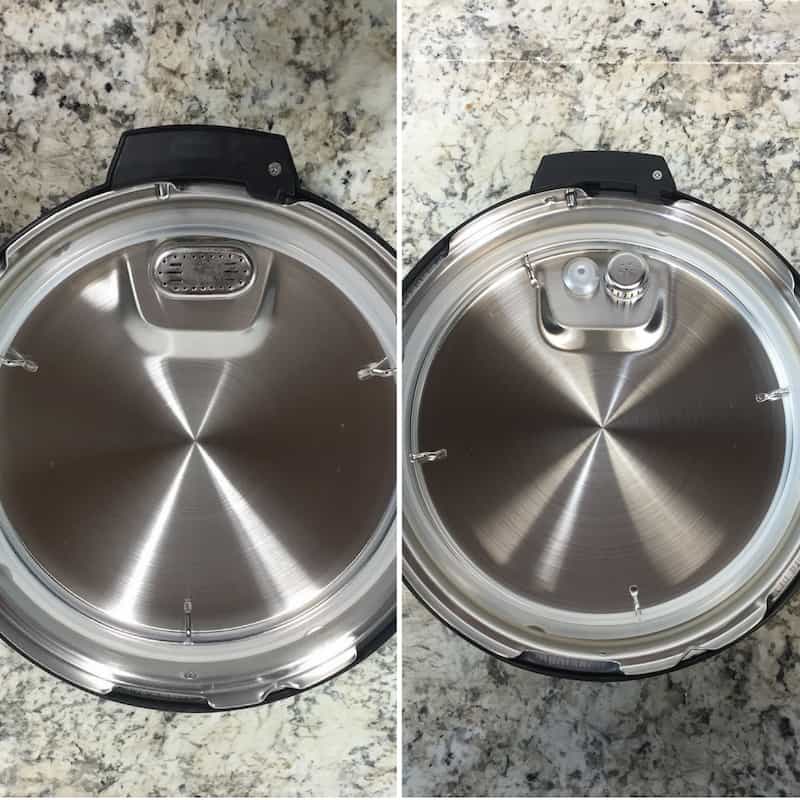 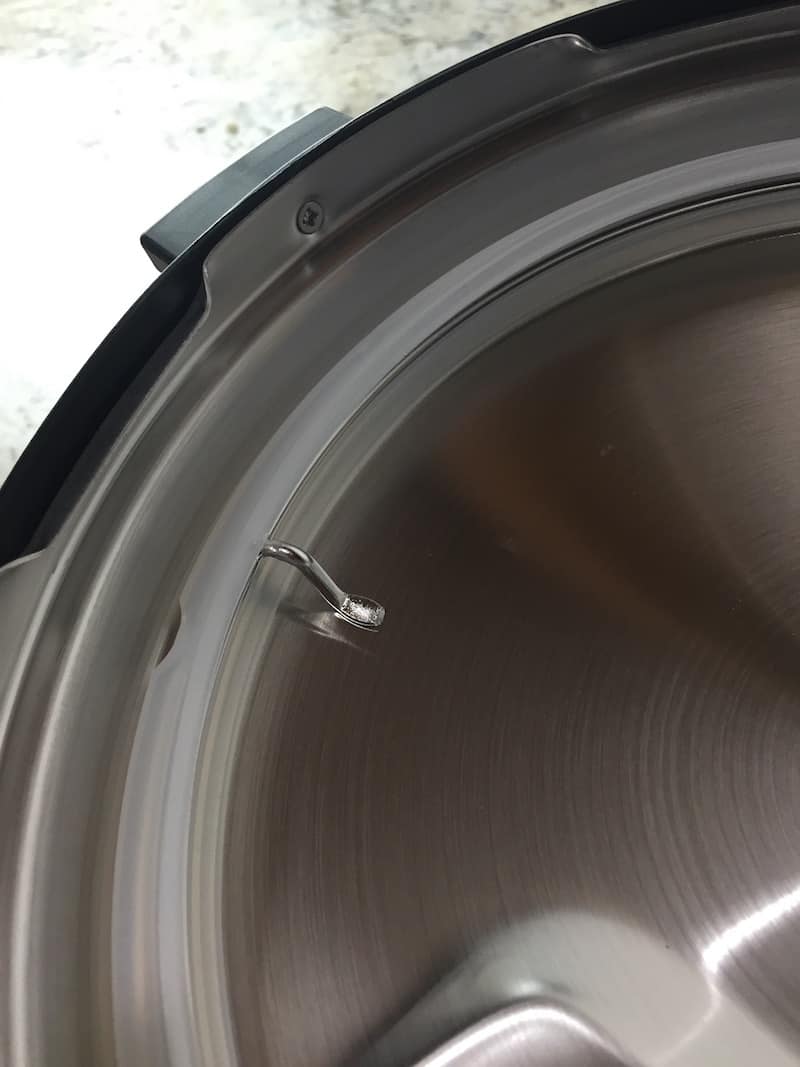 The plain-looking silicone ring is an integral part of the Instant Pot. Without it, pressure can’t build. During heating, the sealing ring expands to create a seal that allows pressure to safely build inside the machine. If the sealing ring isn’t inserted correctly or is torn, worn, or out of shape, steam can leak from the lid and the Instant Pot won’t seal.

To remove the ring for cleaning, allow the lid to cool and then pull gently on the sealing ring.

To clean, use warm soapy water or run through the dishwasher. Dry the ring thoroughly before placing it back into the lid.

Even with thorough washing, the sealing ring can hold on to cooking odors. If you plan to make yogurt or desserts, like rice pudding, consider getting a second silicone sealing ring to use only for yogurt, desserts, and other mild foods. This way you’ll avoid making a rice pudding tastes like the chicken you made for dinner the night before.

Check the sealing ring before each use. To do this, run your finger along the ring to ensure that it’s in place. And when you wash it, give it a look. If you notice any flaws in the ring, replace it.

I like to keep an extra sealing ring on hand at all times. This way, if something happens, I can replace the ring right away.

(If you have a version one DUO covering the float valve, give the anti-block shield a forceful tug. It comes off for cleaning.) 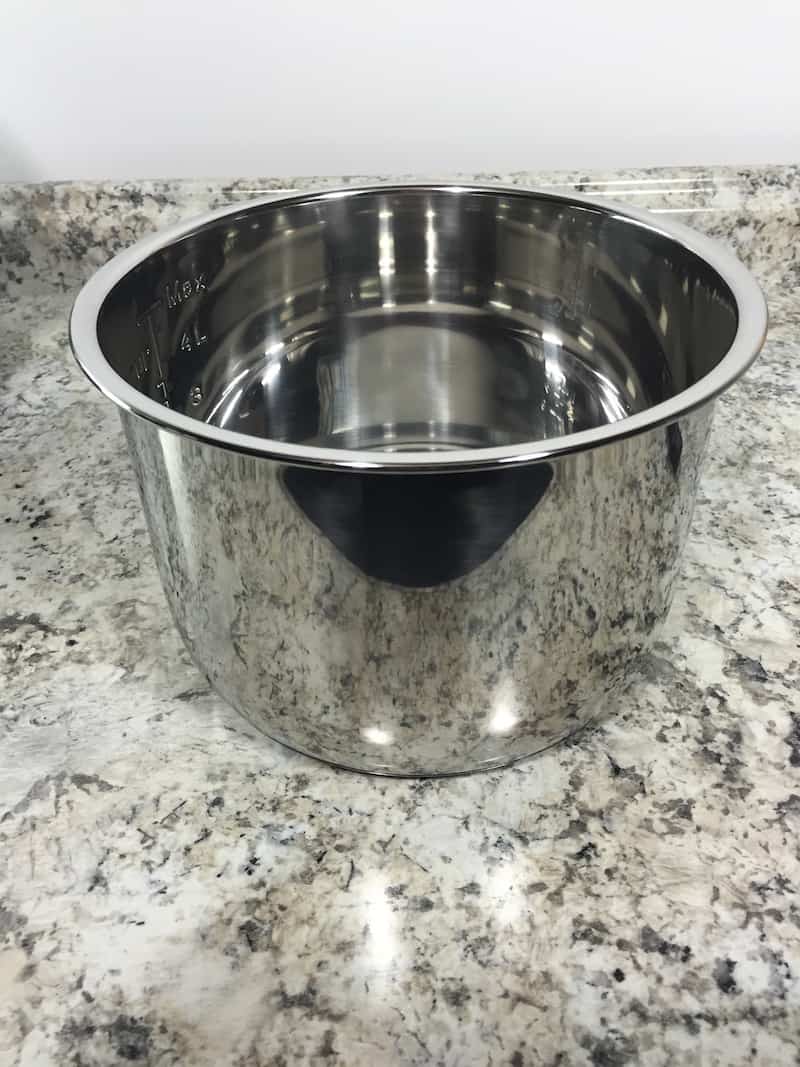 With a three-ply bottom made of layers of stainless steel, aluminum, and stainless steel, the insert heats evenly. I love that doesn’t have a nonstick coating and that it handles sautéing really well.

There’s one problem with the Instant Pot cooking insert: the “max” fill lines markings are INCORRECT for pressure cooking.

When using the Instant Pot for pressure cooking, never fill the pot more than 2/3 full or 1/2 full if you’re making foods that release a lot of liquid. If a pressure cooker contains too much liquid, the hot liquid can spray out of the pressure release valve, causing severe burns. As long as you respect the maximum fill on a pressure cooker, you’ll be fine.

I find the markings to be very confusing and have reached out to Instant Pot to inquire why the “max” fill line is too high for pressure cooking, If I hear back, I’ll update this page.

To make cleanup easy, the insert is dishwasher safe. However, I tend to just add some soapy water and let it soak while we eat dinner. It wipes out easily even without a nonstick coating. 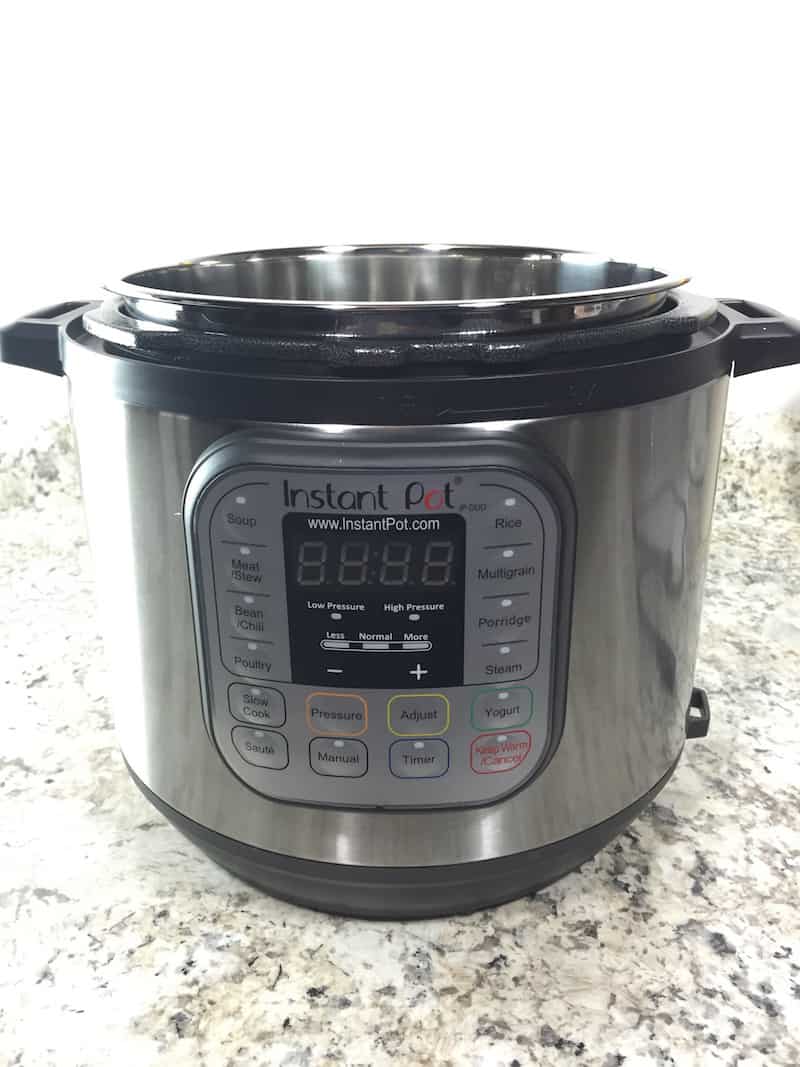 Ta-da! Here’s the Instant Pot with the Insert Pot in place. Now it’s time to conduct a “water test.” This trial run of the Instant Pot helps familiar you with how to lock the lid, set the pressure release valve, and complete a quick release of the pressure. It’s a helpful test and I recommend doing it before you cook anything in your Instant Pot. 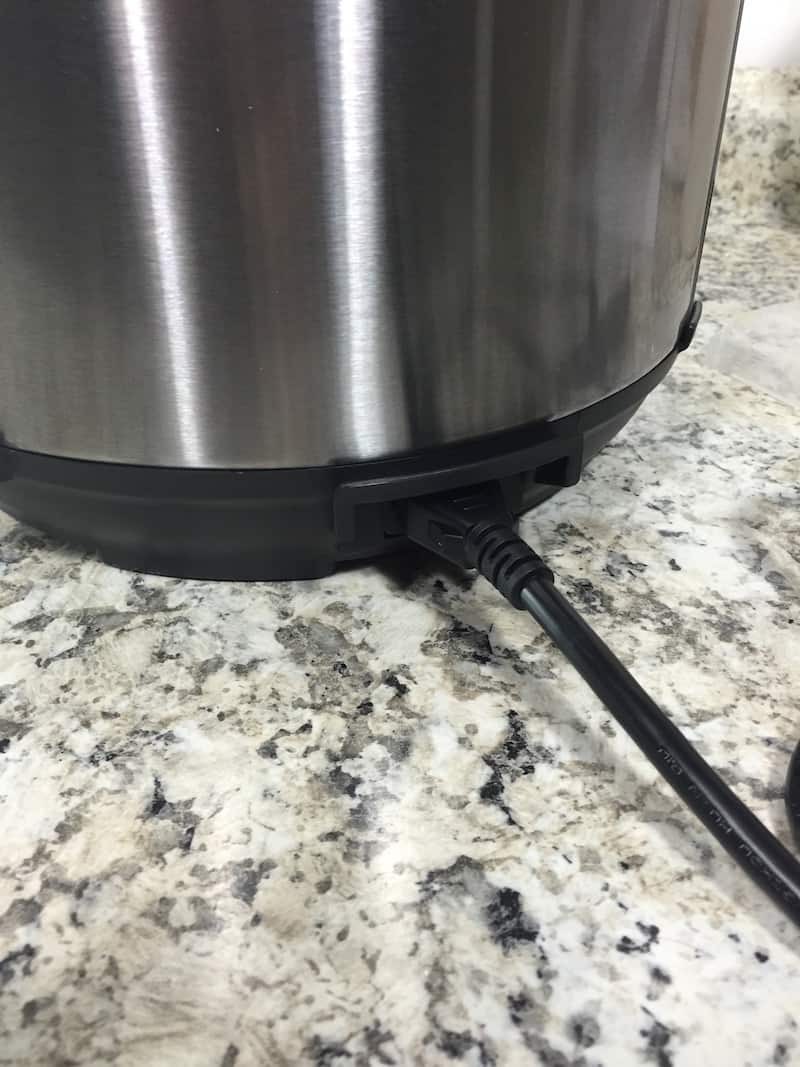 …insert the cord. In my experience, the pot doesn’t work well when it’s not plugged in. 😉  (Not all Instant Pot models have a detachable plug.)

When you open the lid of the Instant Pot, some cooking liquid tends to run off the lid and into the rim that runs around the pot. It can be a pain to clean. To prevent this rim from overflowing with liquid, there’s a small hole in it. Under that hole, you can attach the “condensation collector.” Basically, a small cup that will hold excess liquid and prevent it from going all over your counter.

The condensation collector can be tough to install. You need to line it up with two slots and then push it toward the machine. To remove, pull it toward yourself.

With the cord and condensation collector installed, we can finally run the water test. 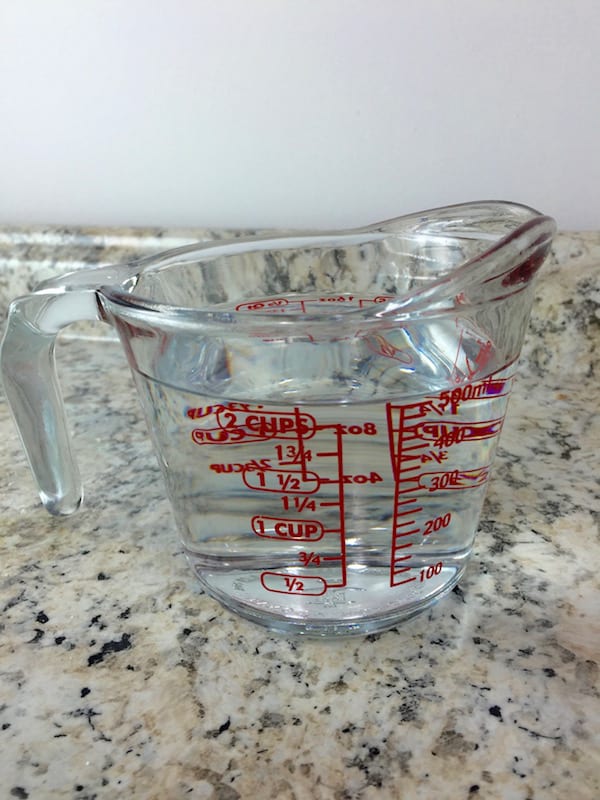 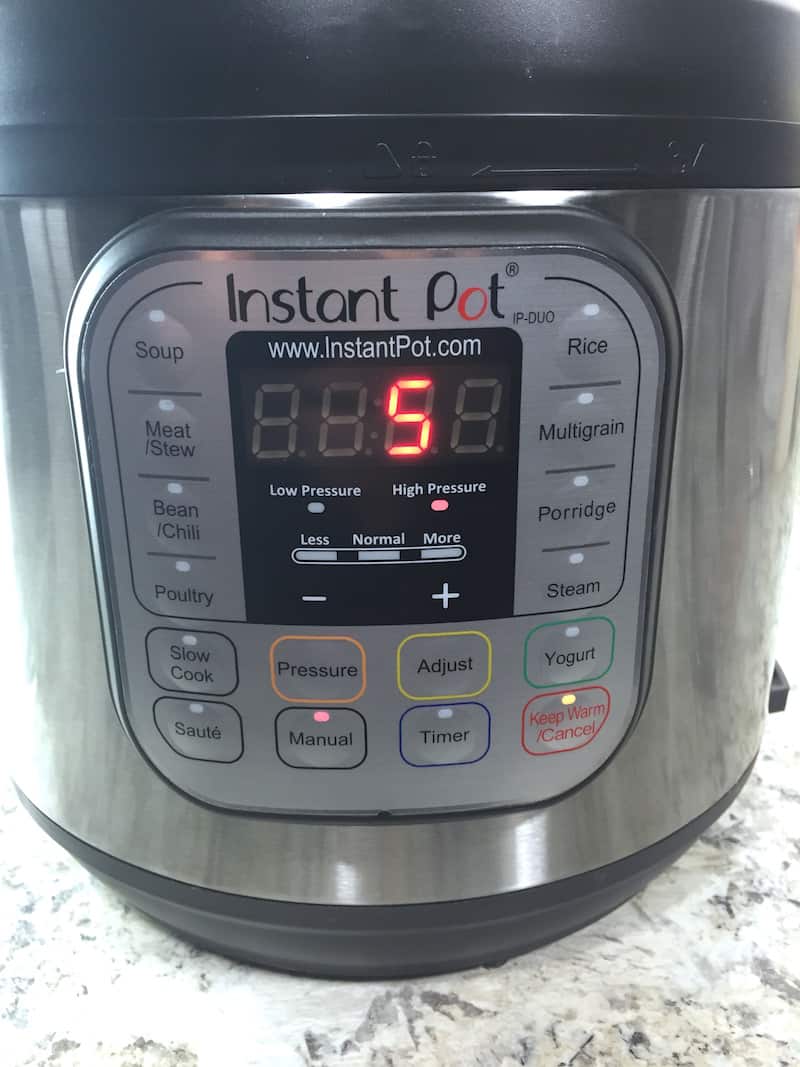 Now that  you’ve setup you’re ready to get cooking.

Why not start with one of these recipes?

Instant Pot Chicken Burrito Bowls  The #1 recipe on this site. Try it and you’ll understand.

Pressure Cooker Mac and Cheese. So creamy. So dreamy!

Street Cart Curry Chicken. Loaded with flavor and SO easy.